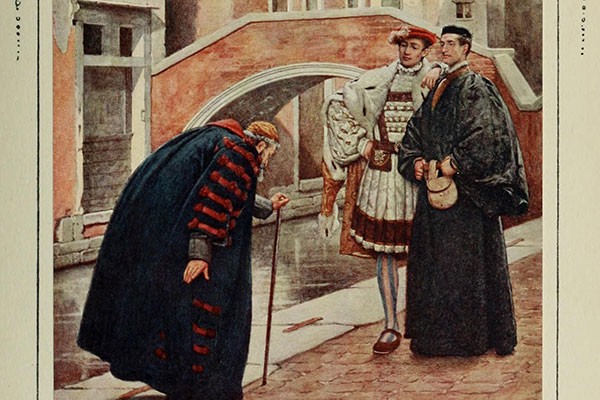 Interview with the Director of Counterpoint

Mandy Te got the chance to talk to director, Alison Embleton, about her version of The Merchant of Venice and the process of adapting William Shakespeare for a modern audience.

The Merchant of Venice will be showing from 2 to 5 September at St. Paul’s Cathedral Crypt. Student tickets are $15 and are available from Eventfinda.

What drew you to direct The Merchant of Venice?

I knew I wanted to direct something Shakespearean, and The Merchant of Venice was his play that lingered on my mind the most. Initially, it was the fact that nobody seems to ever stage it as a full-length production and I felt a little bad for it. As I thought about it more and more, the complexities of the script and the opportunities it presented from a directorial point of view grew steadily more appealing.

Why did you specifically choose to modify Shakespeare’s The Merchant of Venice?

The Merchant of Venice is often referred to as one of Shakespeare’s “problem plays”. Its tone shifts disconcertingly between light-hearted comedy and heavy drama, then back to comedy again. It also contains a lot of repetition throughout the script and there are many surplus characters who don’t actively contribute to the plot or character development. Not to mention the fact that the original text also runs at approximately 200 minutes! Modifying the script is something of a necessity when it comes to making the play more accessible to a modern audience. Removing all the excess characters also makes casting a much less daunting task, although the final edit still requires 12 actors, playing 16 characters.

Dan Goodwin (who plays Shylock) was a tremendous help when it came to editing. He listened to all my ideas and concerns about the play, as well as sharing his own, then we hacked the thing to pieces. The process continued after rehearsals began as well, and I also made a decision to modify the ending of the play; the original text has a very unsatisfying ending for Shylock, so I wanted to give him a better send off. But, you’ll have to come along to see the show if you want to know more!

What was the adaptation process like when it came to giving this play a contemporary setting?

For the most part, it was relatively simple. A lot of the storylines and characters lend themselves to modern context rather nicely. There are a few sticky spots and the audience is still required to suspend belief in places (I like to think we live in a society that wouldn’t normally allow a person to demand human flesh as payment) but, overall, the process was actually rather fun.

I’ve chosen to reflect a modern society and, as such, the relationships depicted aim to represent what we see every day. This change has added a layer to the script, which has allowed the actors to explore the characters in new and interesting ways.

How would you describe the directorial process for this play?

It has been amazing and I have learned so much while working on this production. Patrick Davies (director and actor in the Fortune Theatre’s The Hound of the Baskervilles) has given me so much advice and has been a wonderful supporter throughout the process. The cast have also been brilliant; they’re all really engaged and are bringing fantastic offers to every rehearsal. I’ve also received a massive amount of support from assistant director, Nell Guy.

What is it like working with Counterpoint Productions, your cast of young professionals and University of Otago students?

Counterpoint have been superb. Their philosophy of fostering theatre industry opportunities for young people in Dunedin is something I wholeheartedly support and it’s been so lovely seeing their engagement in the whole process — two of their team are even in the cast! Having such a supportive network has meant that I’ve been able to focus on the creative side of the production, without worrying that everything else will grind to a halt in the process. Counterpoint facilitate the whole package: finding tech designers and operators, stage management, wardrobe, props, marketing …  everything!

What can the audience expect from this version of The Merchant of Venice?

They can expect to be challenged in interesting ways, to laugh, to find themselves clenching their fists without realising it, to have their allegiances shift throughout the play and — more than anything else — to experience great theatre that will linger on their minds long after they’ve left their seats.