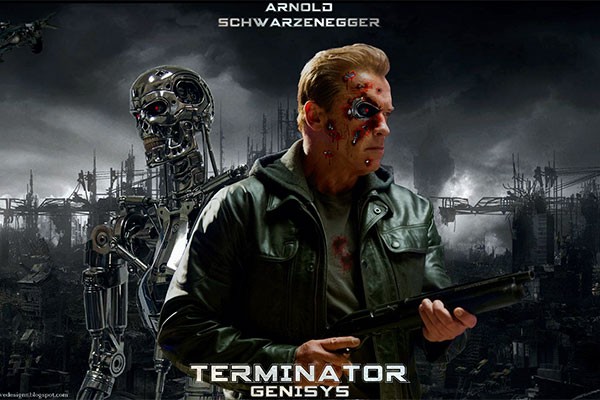 Like many Terminator fans, I believe that the franchise should have ended it all after Terminator 2 but, with a new instalment added to the classic franchise, I couldn’t help but have a mix of high hopes and low expectations for Terminator Genisys.

Set in 2029, the film begins with John Connor (Jason Clarke) leading the human resistance to their victory over Skynet, the evil robot overlords — but not before the Terminator is sent back to 1984 to kill John’s mother, Sarah (Emilia Clarke), and thus erase his existence. John’s right-hand man, Kyle Reese (Jai Courtney), volunteers to go back to the past and rescue her, but rather than winding up in the events of the ﬁrst ﬁlm, he arrives in another timeline. Sarah is already up to speed with the situation and has the Terminator (Arnold Schwarzenegger) in tow.

Already, the latest instalment earns points over Terminator: Salvation for featuring some actual time travel and cohesive references to the first film. However, Terminator Genisys isn’t limited to this setup, as Alan Taylor includes some interesting and unexpected plot developments that not only build on the original film but also allow the movie to stand on its own.

Compared to characters in the earlier films, Sarah and Reese are one-dimensional. Sarah is immediately positioned as an action hero and has no real arc to speak of, which means that she does not become morally compromised or even struggle to maintain her sanity. Reese’s character seems more like a plucky quarterback and has no psychological scarring from a life in combat.

Terminator Genisys doesn’t aim for the emotional weight of the earlier Terminator ﬁlms; there’s little rumination on humankind’s self-destructive nature and less is made of the whole doomsday theme. It almost becomes a comedy at times. However, Alan Taylor’s unexpected plot developments and also lack of typical storyline developments allow Terminator Genisys to stand as a movie that provides an entertaining form of escapism.