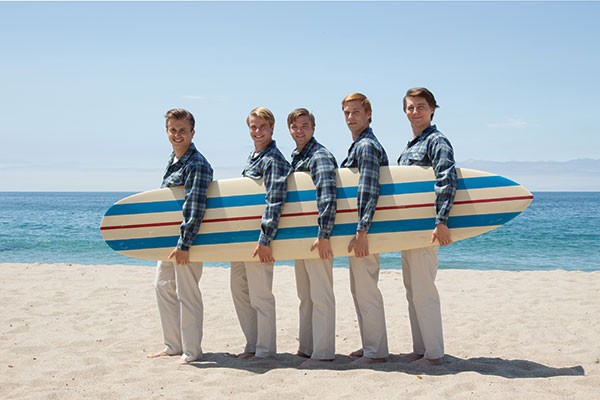 Biographical films require a certain delicacy but, since someone’s life cannot easily and wholly fit into a chunk of two hours, they often fall into the potholes of inaccuracy and over-dramatisation in favour of entertainment value. Bill Pohlad’s artistic approach to Brian Wilson’s life carefully illustrates the performer’s increasing auditory hallucinations during his time as a member of The Beach Boys in the 1960s and as a man who had no control over his life during the 1980s.

After experiencing a panic attack, a young Brian Wilson (Paul Dano) returns to the studio while the rest of the group continue with their overseas tour. Intent on creating the group’s best album, Brian goes to creative and quirky lengths to produce Pet Sounds, but his mental health begins to deteriorate as he struggles to overcome the voices in his head. The film operates with a parallel narrative, and the audience also sees an older Brian (John Cusack), who is going to buy a new car. At the car dealership, Brian meets Melinda Ledbetter (Elizabeth Banks) and the pair share an honest yet slightly odd conversation that results in an affectionate relationship. As Melinda spends more time with Brian, her concerns for his wellbeing begin to grow when she notices the extent to which Dr Eugene Landy (Paul Giamatti), Brian’s legal guardian, exploits and over-medicates him. Her concern becomes determination, and she attempts to help free Brian from Eugene’s abusive control.

The film’s sequencing coupled with convincing performances from Paul Dano and John Cusack showcases the multifacetedness of Love & Mercy. It’s a biopic that pays tribute to Brian Wilson’s musical process, such as when we see 1960s Brian using bobby pins to create tones on piano strings. It’s also an arthouse film, in which the audience is shown a blank screen that is actually an ear canal. With so many elements going on, however, Pohlad’s attempts to juggle two narratives can sometimes feel too busy and become metaphorically overbearing.

With a conscientious director and cast, Love & Mercy gives us an intimate insight into the achievements and struggles of Brian Wilson in a way that is thoughtfully enjoyable.