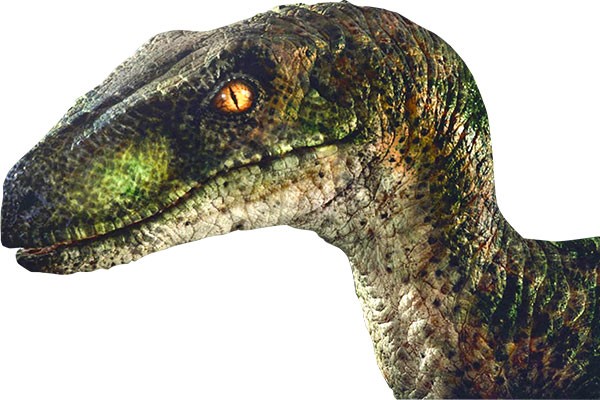 Like many of us, I was looking forward to a triumphant revival of the franchise that pretty much deﬁned my childhood, but, deep down, I knew I was probably setting myself up for disappointment. My eventual reaction fell somewhere between those poles. Jurassic World doesn’t measure up to the original Jurassic Park, and I often found myself wondering what it would have been like in the hands of Spielberg and the original creative team.

Twenty-two years after the events of the ﬁrst ﬁlm, the planned dinosaur park is ﬁnally up and running on Isla Nublar. The dinosaurs that we all know and love are back, along with some newbies, including a genetically engineered dinosaur called Indominus Rex. Two brothers, Zach and Gray Mitchell (Nick Robinson and Ty Simpkins), visit the park to see their aunt, Claire Dearing (Bryce Dallas Howard), who is the park’s operations manager. Alongside the park’s trainer, Owen Grady (Chris Pratt), who has a rapport with the dinosaurs, Claire examines the Indominus Rex. Owen believes that creating genetically modiﬁed dinosaurs is dangerous and, of course, he turns out to be right.

Jurassic World delivers with its action and visual aesthetics, even if it over-relies on digital rather than practical effects. However, it is less successful with its characters and dialogue compared to earlier films, in which the franchise had carefully made its protagonists well-rounded and relatable people.

In the latest instalment, Trevorrow resorts to a stock-action hero trope through Owen’s character and some unnerving (but hopefully unintentional) anti-feminist undertones in Claire Dearing. Believe it or not, the little kid, Gray, is probably the most likeable character, which might be a ﬁrst for this genre.

What Jurassic World ultimately lacks is the original Jurassic Park’s ease and gentleness, which never came into tension with the more action-heavy scenes of the film. By contrast, Jurassic World seems tailored to the dubstep generation; it’s more hyperactive and visceral with less breathing room, and even the dialogue feels overwhelmingly rushed. However, when taken on its own, Jurassic World stands as a slick and entertaining action film.