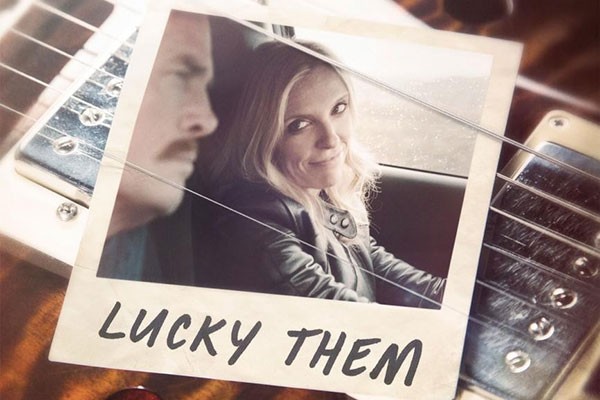 Have you ever wasted your life reminiscing over the one that got away? Maybe you pined after him as he sat in front of you in class until one day he just stopped showing up. Maybe she dropped you like last year’s Karen Walker sunnies, replacing you with an upgraded, new and flashier version. Lucky Them is an indie film that explores this experience though Ellie Klug (Toni Collette), a music critic who has spent ten long years mourning the loss of her up-and-coming rock-star boyfriend, after his unexplained disappearance from their hometown.

Lucky Them follows Ellie as she searches for her ex-boyfriend, Matthew Smith (Johnny Depp). She is a music critic for Stax, a magazine whose once-prestigious standing in the music world has faded into the stained, dog-eared and somewhat dismal pages of history. Ellie’s boss, Giles (Oliver Platt), tasks her with writing a feature article on her AWOL boyfriend.

Ellie’s late-night tendencies involve concerts, alcohol and apathetic sex with young musicians, which all point towards an inevitable midlife crisis. However, it isn’t until the added pressure of revisiting the pain of Matthew’s disappearance that she truly spirals into a black hole of despair. With the help of another ex-boyfriend, Charlie (Thomas Haden Church), Ellie goes on a journey to find Matthew, in the hope that he may still be alive.

With a storyline that could have easily come off as unoriginal and forgettable, the on-screen chemistry between Toni Collette and Thomas Haden Church adds to the film’s refreshing take on love and loss; it gave me hope that even those on a fast track to life as a spinster with ten cats can still have their fairy tale ending — just not in the way we all expect.

I was also pleasantly surprised with the unexpected appearance of Johnny Depp, playing the small, but vital role of Matthew. Seeing those beautiful eyes brought a smile to my face.