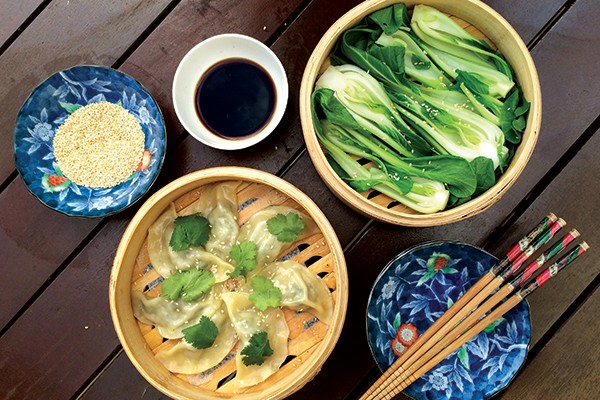 Dumplings are probably my favourite international dough and meat combo. After making three lots of dumplings this weekend, I thought it was time to share another of my favourite varieties.

You can put whatever you want in a dumpling; any combination of mince, vegetable and herb will usually work. It is very hard to go wrong, so I recommend you experiment using some of the sad-looking vegetables in your fridge. Feel free to add sad vegetables to this recipe; I am all about reducing food waste, and these are a perfect way to give new life to the limp carrots and celery sticks of this world.

You can buy dumpling wrappers from Asian supermarkets for a couple of dollars. You could also make them yourself, but who would really want to put themselves through the torture of having to wait even longer to have dumplings in their life? You can also buy bamboo steamers at such supermarkets. I got mine from Kmart, which happened to be cheaper than my local at the time. A stack of two will set you back around $10.

Dumplings can also be fried. Heat up a good sloshing of oil in a large frying pan over a medium to high heat. Cook on each side until golden all over.