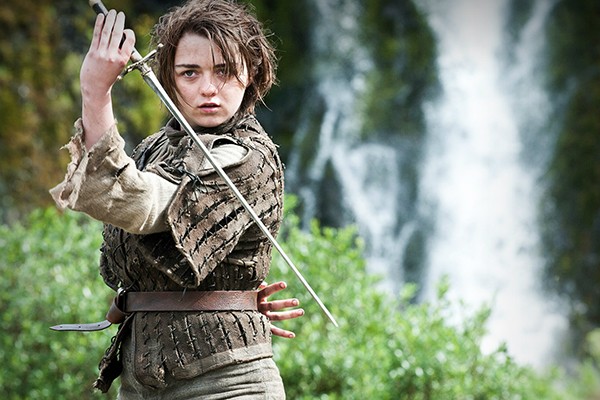 It is hard to come by anyone who has not seen at least one episode of the high-fantasy TV series, Game of Thrones. While it is often assumed that everyone watches Game of Thrones, whether people have read the books is a completely different story. However, with the highly anticipated dawn of the show’s fifth season, it appears that the books may not be as relevant as they have been in the past.

The première begins with a flashback, in which a young Cersei Lannister (Lena Headey) is told her fortune by a witch in a very Macbeth-like fashion before the episode returns to the present. At the funeral of a former major character, Cersei is seen scolding her brother and lover, Jaime Lannister (Nikolaj Coster-Waldau), giving rise to an intense new dynamic shift between the two characters. In drunken disarray after his recent, violent deeds, Tyrion Lannister (Peter Dinklage) travels with Lord Varys (Conleth Hill) to support the conquest of Daenerys Targaryen (Emilia Clarke), who is having problems of her own with her army of “Unsullied” and her pet dragons.

An entirely new sub-plot is thrown into the mix when Petyr “Littlefinger” Baelish (Aiden Gillen) heads away from The Vale to an unknown location with protégé, Sansa Stark (Sophie Turner), while another sub-plot concterning Jon Snow’s (Kit Harrington) relationship with Mance Rayder (Ciarán Hinds) is dropped altogether.

Season 5 has started with a bang, but it goes without saying that it is just the beginning of what will be even more surprises for fans of the show who both have and have not read the books. The showrunners have made their intentions to differentiate from the books abundantly clear from the first episode of the new season alone. The show seems much smoother, and it is apparent that Benioff and Weiss have much more confidence in furthering the story by creating a canon of their own.

The first episode holds a lot of promise, with a consistent pace that maintains a balance between exposition and narrative advancement; it’s not just a prophecy of “The Wars to Come” but an entirely new perspective on the Game of Thrones universe.