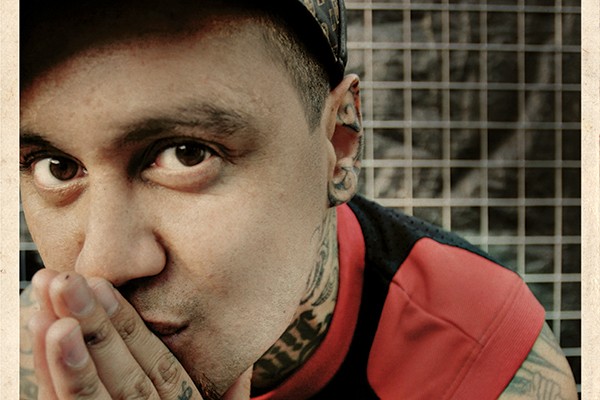 Tiki Taane is a multi-platinum New Zealand musician who has been involved with the likes of Shapeshifter and Salmonella Dub, as well as having a huge solo career. Critic caught up with Taane to discuss music, politics and even drag-racing ahead of his show at Sammy’s this weekend.

Critic: You’re fresh from a show in Rarotonga — how did that come about?

Tiki:  It’s come about from years of playing there and building up relations with the locals. Every year myself and the Shapeshifter lads make sure we add a show in Raro and spend a week or two chilling on the rock. It’s one of my favourite spots to play and replenish the soul.

Critic:  You helped Summer Thieves record their debut album last year. How was that process?

Tiki:  We are still in that process, but so far all good. It’s really awesome to be able to take our time, which is often the missing ingredient when making a project like this.

Critic:  Are you excited for your show with them next month, after so much studio time?

Tiki:  It’s great to be playing in Dunedin after all these years! Sammy’s is a fun venue with loads of awesome memories for me. Happy to be supporting the Thieves too.

Critic:  I saw you’re aiming to build the world’s fastest Ford Zephyr — what was your inspiration behind the project and are you a bit of a petrolhead?

Tiki:  Myself & rpm666 have been working quietly on this project for many years now, and we are finally looking to be ready to race next year. I’m a petrolhead in the way that I love fast cars and bikes, but I’m all for supporting cleaner and greener ways to race without using fossil fuels. We are aiming to break the world record, but most importantly we want to do it as green and eco-friendly as possible. I’m excited to be one of the only drag cars on the planet running clean and green but extremely mean!

Critic:  You’ve been in the New Zealand music landscape for a long time now. How do you think it’s changed since you first became a part of it?

Tiki:  Well, when I first started making music, it was all recorded on analogue and there was no internet. So when the digital era and the introduction of the internet started to hit, it made it possible for file sharing, which really rocked the industry. It changed everything and really did bring the world to your fingertips. I was pretty quick to take advantage of all this, and in 2007 I was the first New Zealand artist to reach platinum sales via digital downloads. So although the digital revolution was a major shift in how music is made and released, I’m stoked to have not only survived the changes but to have used it as a tool to help my music, art and business.

Critic:  Can you weigh in on parliament voting down the “feed the kids” bill?

Tiki:  As a parent and someone who travels every day, meets hundreds of people a week from all walks of life, I get to see and hear a lot of what’s going on in the community. And although there are some kids going to school without lunch and some areas of NZ that are living in extreme poverty, I don’t think passing the “feed the kids” bill is where change should be made. There are some communities that are coming together — even a gang in the Waikato to make sandwiches to ensure the kids in their community are fed. But this can’t go on forever, and the school communities need to be resourced so it becomes a long-term thing. Perhaps dropping the GST on things like milk, bread and butter will help. Maybe schools themselves need to take more of a holistic approach and start their own school gardens. All of these things can help, but I believe there is no one solution that can solve this problem. For me as parent, I make sure my son always has a good healthy lunch every day as I put his wellbeing first and make sure that’s a priority. But many kids may not have a parent or caregiver who has that same outlook, so how do we change their situation? So it’s a much bigger issue that really needs to be looked at from many angles, but I do think it’s awesome that people like Hone Harawira and Metiria Turei are bringing these issues to the forefront, which is a lot more than our prime minister is doing about it all.

Critic:  Have you ever thought of a career in politics yourself?

Tiki:  I’ve been approached by a couple of parties about becoming an MP, but after much thought I think I’m too much of a rebel to tow the party line. Also, I think I can make more change as an activist and musician who’s out there for the people, not for the party vote.