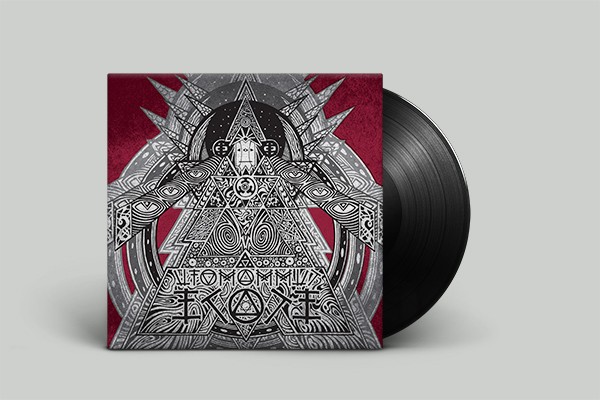 Of all the music I have ever listened to, no band’s name and sound match each other better than Ufomammut’s. As good as “Radiohead” is at capturing a sense of millennial paranoia, or “King Crimson” at implying a sense of magic and majesty, the name “Ufomammut” (literally translating as “UFO mammoth”) is a one-two punch conveying something spacey and futuristic, but at the same time primal and monolithic. This is exactly what Italian metal trio Ufomammut sounds like.

Since its lo-fi 2000 debut Godlike Snake, the band has been juxtaposing bonecrushing riffs with progressive rock-inspired ambience and experimentation. It has produced some stunning records as a result. Though its songs pack visceral punch, Ufomammut’s celestial atmosphere elevates it above its metal contemporaries. Ufomammut doesn’t conjure images of bearded metal guys playing instruments so much as demons shaping lava with their hands, of aliens stalking the surface of distant planets, of ghosts shrieking in the depths of space. Dramatic, yes — but that’s what Ufomammut strives for.

An album inspired by the Greek goddess of witchcraft and crossroads, Hecate, this latest offering from Ufomammut feels like a spiritual successor to its 2010 concept album about the Fall of Man, Eve. By drawing inspiration once again from the realms of mythology, Ufomammut imbues its already momentous sound with a sense of the ancient.

Opener “Somnium” breathes to life with apocalyptic synth textures, not unlike those heard on Ufomammut’s ego-shattering “Lucifer Song” from a decade ago. Slowly woven into this hellish soundscape are tribal drum rolls and subterranean guitar riffs. Three minutes in, these riffs explode through the crust of the earth, and “Somnium” becomes something violent and volcanic. These shifts between brooding and explosive are frequent on Ecate, showing a dynamism few other metal bands can offer.

My only qualm with Ufomammut’s latest interstellar voyage is that it doesn’t exactly go anywhere the band has not already ventured. Every mouthwatering riff or starry texture on Ecate pleasantly recalled material from a previous Ufomammut release rather than offering me any real surprises. I came to Ecate expecting it to be a singularly heavy and psychedelic experience, and it was exactly that. Even though there’s no harm in treading water every once in a while, Ecate lacks the epiphanic quality that made albums like Eve and Snailking so transcendentally good.

For a newcomer, Ecate will offer a streamlined and thrilling summary of where Ufomammut has been so far. For long-term fans, Ecate will certainly deliver, but that palpable sense of adventure is missing.