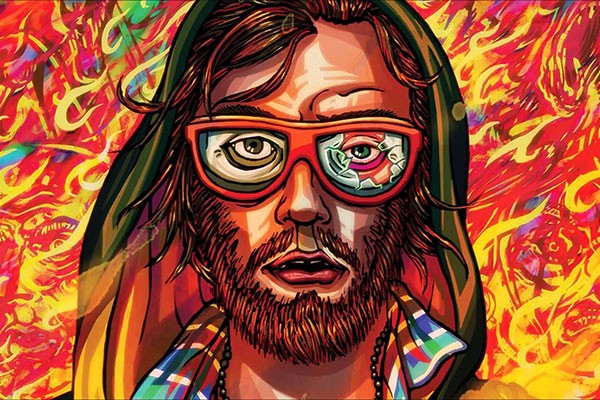 Hotline Miami 2: Wrong Number is the grittier, more violent successor to the 2013 indie hit, Hotline Miami. Developed by Swedish independent duo, Jonatan Söderström and Dennis Wedin, of Dennaton Games, the game focuses on thirteen different characters over six acts. If you are unfamiliar with Hotline Miami, the game is a top-down shooter based in a fictional Miami, Florida, during the 80s and 90s; it is similar to the original Grand Theft Auto games but on a smaller scale.

As you begin the game, you are immediately thrust into a challenging combat situation. It has been quite a while since I played the original Hotline Miami, so the first level took me a few goes to get through, coming out with only a C- rating, which is based on the score earned through combos. However, this really resonated with me and my “early” university grades, so I suppose I didn’t mind so much. Even though the main storyline within the game will take you only five to six hours to get through, more play-time can be spent aiming for higher scores in each level or even finding collectible newspapers throughout the game, which add more depth to the story.

The artistic style of Hotline Miami 2 is distinctly modelled after the visual effect produced by a VHS tape. Some elements included in the game allude more specifically to this style: each level seems to be a tape, as shown in the level-select menu, and pausing the game causes the screen to tear up like a VHS. During the game, each part of the story appears like a tape or a film, keeping it consistent with its 80s vibe. The mood created is enhanced by the edge of surrealism through odd moments in the game such as hallucinating talking roosters and murderous nightmares occurring when the player sleeps.

The sheer number of characters you can play the games as makes it difficult to follow the story sometimes. Yet the more you play, the better you understand the complexities of these characters, making for a unique gaming experience.

The extreme violence of this game is sometimes unsettling, although this is one of the reasons why I loved the first game. The violence does differ from its predecessor though — Wrong Number features sexual violence, although when you first start the game it gives you the option to not include these scenes, opening the game up to many more players who would have otherwise avoided it.

Compared to its predecessor, Hotline Miami 2 can seem like more of the same; however, I believe the story really pushes it beyond that — and with an already great gameplay experience, what could go wrong? The game lives up to the standards set when the first Hotline Miami was released, with great visual style, fun gameplay and a sweet soundtrack.