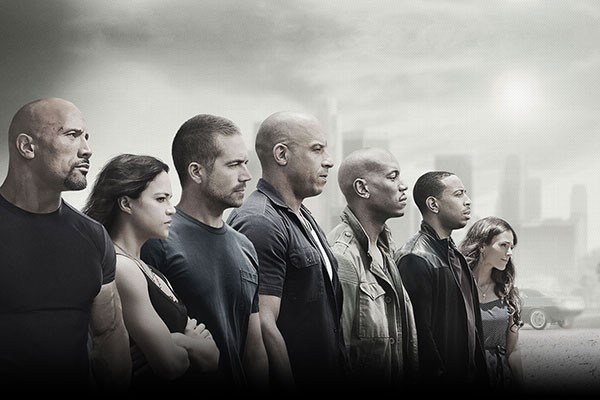 The make-or-break factor when it comes to high-octane action films is the pacing. Master that, and you can demand all the suspension of disbelief that you want from your audience. The seventh instalment of The Fast and the Furious series proves itself, once again, as a very capable franchise. Not only does the film have a controlled pace, it also shows that even though Furious 7 is part of a tired series, it is a series that can keep itself relevant and fresh enough to honour the late Paul Walker with high-stake action, thrills and even heart-wrenching sentimentality.

After the defeat of his brother, Deckard Shaw (Jason Statham) swears vengeance against Dominic Toretto (Vin Diesel), Brian O’Conner (Paul Walker) and their vigilante racing crew — all of whom have since settled into normal, urban lives. Their moments of peace are interrupted by Shaw’s assassination attempts, which force the crew to fight back with the help of covert ops led by Frank Petty (Kurt Russell). The film breaks up its suspenseful car chases and fight scenes in a “world-tour” fashion, maintaining a steady fluctuation of plot advancement and ending with a climax that truly goes off with a phenomenal bang.

Although the action in this film is maintained incredibly well, the overall story requires a strong suspension of disbelief. However, I did not have a lot of difficult providing it. Despite the first act being full of cheesy, clichéd one-liners, the rest of Furious 7 was captivating enough that it did not really matter whether the stunts were logical or physically possible; it was fun enough to watch and James Wan was considerate of the territories he was treading in. The re-scripting of the film impressively accommodates for the lack of Walker and allows Diesel to take the title of protagonist in a suitable way — with a very bittersweet send-off for Walker’s character and an even sweeter tribute for the late actor.

Furious 7 masterfully pushes its capabilities to the limit and is, ultimately, an extremely enjoyable and well-paced joyride of a film.