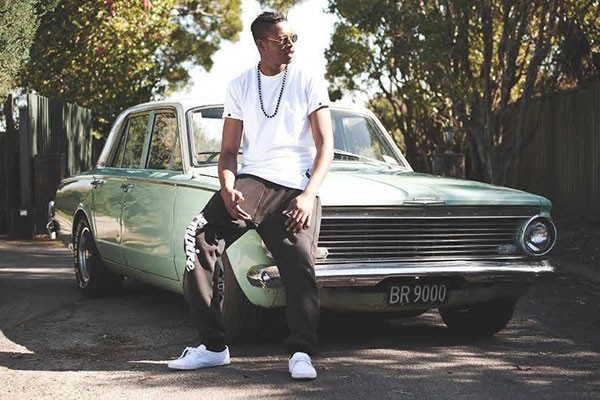 Artist Raiza Biza has solidified himself in the New Zealand Hip Hop game with last year’s release of The Imperfectionist album. 2015 is set to be another big year for the talented artist so Critic caught up with him ahead of his show this Thursday night at ReFuel.

Raiza: Under-rated. There’s a lot of hype around the album, but I don’t think people fully understand how important of a record it is. It’s great that an album this traditionally musical is doing so well. It really changes the rules that a lot of these labels live by when it comes to releasing projects in terms of commercial singles, sound, etc.

Raiza: Hmm, that’s a tough one. I’ve had great nights and terrible nights on the gin. But I still love it. I’m going I say under-rated and misunderstood.

Critic: So, let’s get to the interview. You’re fresh from playing Homegrown last month — how was that?

Raiza: It was great. Rubbing shoulders with the biggest musicians NZ has was surreal. It’s been a goal of mine for years to play Homegrown, so it was pretty special for me.

Critic: You get around the country a lot for shows — what three things are a must-have in your suitcase for touring?

Raiza: Toothpaste, because there is never any to be found. Some little speakers that can plug into music device because hotel TV is shit. And a bulk box of Snickers bars because I am a victim of a Snickers addiction.

Critic: Speaking of touring, you’ve played in Dunedin in the past — how’d you find those shows?

Raiza: I love Dunedin. The enthusiasm there is contagious, and it was where I played my first sold-out show, so I feel like I will forever have a special relationship with the city.

Critic: You’re affiliated to both Young Gifted and Broke and AmmoNation. How did those relationships come about?

Raiza: My connection with YGB began at the launch of Home Brew’s first double album. We all got along very well, and Tom told me about this movement that he was building and asked me to be part of it, and I obliged. We’ve been pushing it further ever since. AmmoNation is a collective that myself and my inner circle began a couple of years ago. It’s filled with people that inspire me, and we motivate each other to reach new levels with our chosen arts. AmmoNation is a name you will be hearing a lot in the next 12 months.

Critic: You’ve got a lot of production from Jay Knight and Crime Heat on your four EPs. What is it about their beats/process that you like?

Raiza: Crime Heat is one of my best friends. We’ve known each other for years and I’ve watched him grow to become one of the best producers in NZ. We have great communication and that’s the best part about our working relationship. With both Jay and Crime, we meet in the middle, that’s the most important factor, every song is a team effort in every context. So it’s not even really the sound — it’s more the working dynamic.

Critic: Most of your work comes from real-life experiences; could you explain how you turn those experiences into a track?

Raiza: As the beat starts to form, stories will start to write themselves in my head. Specific chords will bring out specific things I felt during the experiences, and then I start writing. If it’s pure, it requires no real extra effort — the songs essentially write themselves. The hard part is trying to find that moment of clarity where the ideas can form organically. That’s the challenge.

Critic: To finish up, what can the readers expect from Raiza Biza in 2015?

Raiza: People can expect a new album from me. A lot of music from AmmoNation, and bigger and better shows.