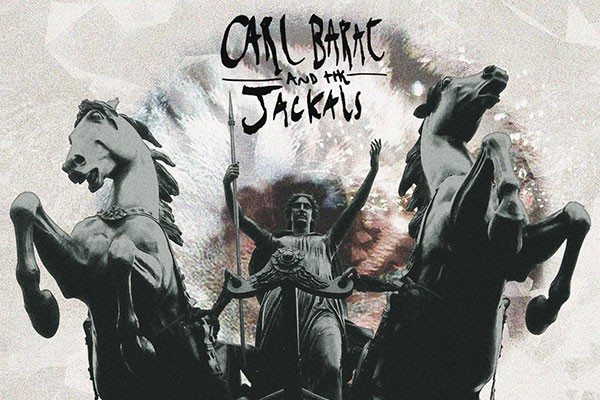 Carl Barât is best known as a member of The Libertines, a gang of British rock ’n’ roll rebels who, alongside bands like The Strokes and The White Stripes, were part of the 2000s garage rock revival. Darlings of the English music press, The Libertines captured the reckless spirit of 60s and 70s rock and reinvented it for a new generation. Though now defunct, The Libertines continue to inspire many of today’s guitar-based indie rock bands.

On Carl Barât’s second solo album, Let It Reign, he delivers more of the same high-energy, rip-roaring rock The Libertines were known and loved for. The opening track “Glory Days” sets the tone of the album, with a searing earworm of a guitar riff and a rousing, anthemic chorus. Barât chants “Glory days, glory days, threw ’em all away” — he is likely referencing his own bygone days of glory, fame and substance abuse. The song pays tribute to the 306 British soldiers executed for desertion and cowardice in World War One, as well as to nights on the town and living the life of a libertine.

“Victory Gin” is another hit of adrenaline, with its 1984-referencing title, inspirational lyrics like “we are not afraid of anyone”, and a fantastic vocal performance from Barât.

Though he has always had a great voice, Let It Reign sees Barât’s vocals reach new heights. His energy and conviction on tracks such as “March of the Idle” and “War of the Roses” are captivating, turning what could be generic rock songs into modern classics. Similarly, the rip-roaring “A Storm Is Coming” deals in clichéd imagery of a storm washing away the past, with hackneyed Bible references like “rain, rain, rain for forty days, to wash away the faithless sons”. However, the confidence and intensity Barât brings to the track elevate it above and beyond its tired themes and make it feel fresh.

Carl throws in the emotional acoustic ballad “Beginning to See” midway through the album, offering a break from the punk intensity that dominates much of Let It Reign. One of the best rock albums of 2015 so far ends with the self-loathing semi-title track “Let It Rain”. These three-and-a-half minutes of catharsis, with lyrics like “I don’t have the strength to accept what I can’t change”, show Barât in a depressed state, before he resigns himself to just “Let It Rain”. This track, like the rest of the album, is poignant and compelling, breathing new life into the eternal cliché of rock ’n’ roll.