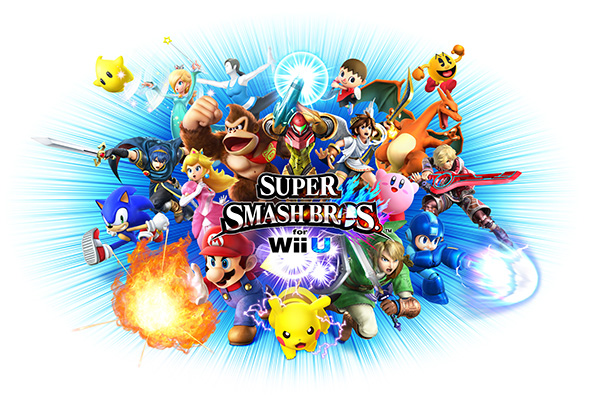 Super Smash Bros for Wii U

WII U | Developed By Project Sora, Published By Nintendo

Nintendo’s Super Smash Bros franchise is probably the most well-known, well-loved fighting video game in existence. Originally, the idea behind the fighter was to use generic brawler characters, but thankfully Sakurai (the bright spark who designed the game) decided to throw Nintendo’s mascots into the mix and see what happened. Link, Pikachu and Mario could beat the hell out of each other, and the franchise grew insanely popular.

Put simply, Smash has you take control of a character from Nintendo’s pantheon and utilise that character’s unique skills to beat up your friends (or opposing artificial intelligence (AI)) until you can smash them out of the park. Super Smash Bros for Wii U (yes, that’s literally the game’s name) is the fourth instalment of the Smash franchise and boasts an impressive 51 characters to choose from, even some non-Nintendo gems such as Mega Man, Pacman and Sonic.

Almost every character, with the exception of one or two clone characters, owns a unique fighting style and move-set. We’re talking around seven or eight distinct techniques each, as well as their own speed, weight and strength. Alongside a mind-boggling plethora of weapons, this creates a more varied, unpredictable and often downright chaotic environment than any previous instalment in the series.

You can ramp up that chaos by engaging in up-to-eight-player battles with any combination of human and AI. This might not be for everyone: you’re in for a constant onslaught of beatings and fighting for your life, but there’s a beauty in that insanity. A huge plus for battling friends in the new Smash is that you can hook up almost any controller you want. We’re talking Wii remotes, the Wii U gamepad, pro controllers, Gamecube-style controllers, even a 3DS console. The only main drawback to this is that you’re stuck in that one room: no online eight-player battles. Which seems crazy; eight-player Smash madness and online play feel like a match made in heaven.

Super Smash Bros has a history of intentionally neglecting its competitive play community, as creator Sakurai pushed very hard for his vision of a no-worries party game, but finally we see an instalment that truly embraces this side of its fan-base. Once again, the ability to switch items on and off (in any combination) is still available to us, but now we can convert any given stage into a flat, no-interruptions, competitive-style battlefield. This play style is carried over to online matches, which are separated into just-for-fun casual battles and ranked, competitive matches. Smash’s accessibility has always been a strength over other fighting games on the market, but now you can truly tailor the game to any play-style and skill level, and even ramp up the difficulty in solo play for increased rewards.

Super Smash Bros for Wii U still offers its classic solo “campaign” but with some large tweaks over old game modes. They’re still fun and they’re mostly cosmetic changes, with the notable exception of Smash Tour mode. This is a watered-down Mario Party boardgame-style romp, but it feels like one of the weakest areas of the game. While interesting in concept, in practice you end up running around a hugely uninteresting game board and occasionally engaging in short, stunted battles. It may come down to personal opinion here, but the 3DS version of the game has a much more engaging game mode called Smash Run, where you run around powering up, fighting monsters before battling friends or AI.

But what really sets this game apart from previous entries in the series is the pure polish on every aspect of battle. Character movements feel more intuitive and snappy than both Super Smash Bros Brawl and the widely praised controls of Super Smash Bros Melee. The colours are brighter and the character models are smoother, everything looks gorgeous and easily stands up to anything on competing, more powerful consoles. Hell, Mega Man even runs and jumps the same way he does in his own game. It’s downright beautiful. Super Smash Bros for Wii U outdoes its predecessors in every feasible way; it’ll leave you craving more every time you put down the controller.
This article first appeared in Issue 4, 2015.
Posted 2:32pm Sunday 15th March 2015 by Brandon Johnstone.