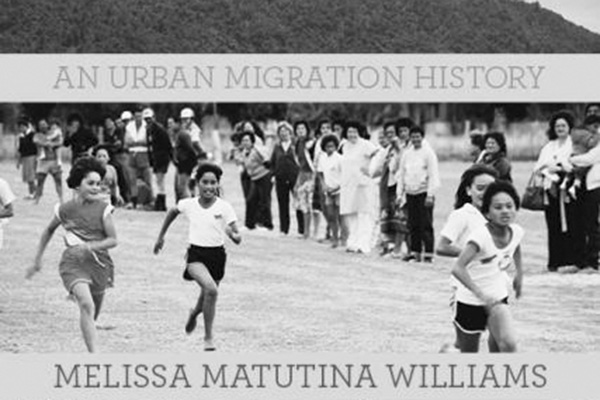 Panguru and the City: Kāinga Tahi, Kāinga Rua, by Melissa Matutina Williams, shares the history of the migration of Māori from the community of Panguru in North Hokianga to establish new lives in Auckland.

Covering a time period from the 1950s onwards, Williams takes apart the historical narrative previously constructed around this migration, which claimed that migration was a one-way trip that stripped Māori who moved to urban centres and left them disenfranchised. Using oral accounts from the migrants as well as social analysis, Williams shows how complicated the relationship between Panguru and Auckland was for people.

Rather than offering a definite story of what these particular migrants experienced due to their decision to move, Williams acknowledges the many ways that attempting to boil down the complexities of life and human beings into a particular narrative does no service to the truth. I always prefer history books that challenge standard history, even as a starting point on any particular subject. Challenges tend to make their own points while simultaneously demonstrating what the established history was, and how it is flawed. One of Williams’ specific challenges is to the idea that Māori who migrated from Panguru were passively reacting to social forces rather than acting in their own interests. She also demonstrates the web of relationships that developed between the Panguru migrants living in Auckland, others living in Auckland and those who continued to live in Panguru.

Williams’ account begins with a description of the methods she used to obtain it, as she is deeply and personally involved in this history. She acknowledges that she is choosing not to include some information from the oral accounts, chiefly because of concerns that Pākehā would pull it out of context and use it to bolster their prejudices. But I suspect there’s a school of particularly rabid historians indignant at the very thought, so this is my warning. Williams makes it very clear she isn’t going to tell you everything.

Panguru and the City is a thorough and fascinating piece of work filled with beautiful photos. Williams’ combination of social analysis and oral accounts perfectly encapsulates, for me, what is one of the most interesting things about history: the way social forces shape people’s lives even though every person is still an individual making personal decisions. Māori who made the move from Panguru to Auckland are both part of a historically important pattern of migration and human beings who get to speak.
This article first appeared in Issue 4, 2015.
Posted 2:32pm Sunday 15th March 2015 by Bridget Vosburgh.