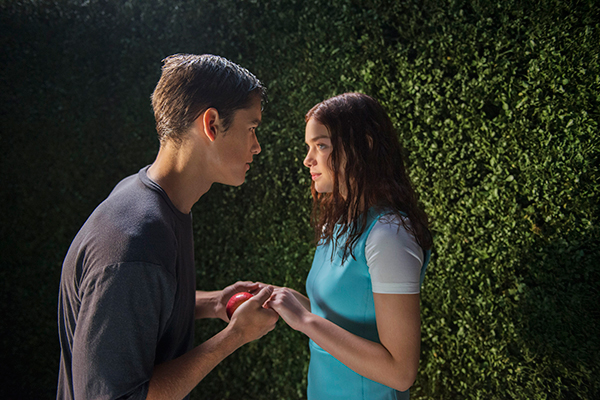 We are currently in the midst of the latest film fad, with a litany of studios trying to cash in on the success of The Hunger Games by also creating post-apocalyptic young adult movies. Though The Giver fits comfortably into this fad, it has a few advantages over the other members of the bandwagon. Firstly, the book in which the movie is based was written in 1993, long before the current literary fad began, so it has some unique ideas to communicate. Secondly, this movie was a passion project of the great Jeff Bridges, which gives the whole thing a huge dose of legitimacy in my opinion.

The Giver is set within a confined community in which each member has been designed, bred and raised to live in uniformity with others in the society. Outwardly this uniformity has created a Utopia in which everyone lives in peace. However, it becomes quickly apparent that this peace has come at the price of human emotion and memory, with everyone’s emotions being chemically controlled. The protagonist Jonas is bestowed the greatest honour in this society as the Receiver of Memories, this allows him to regain his full spectrum of emotion and be allowed the memories of humans past.

The narrative itself is quite comfortable, spending the majority of the film exploring these concepts of discovering emotion and memory and only really introducing conflict at the end. However, the concepts are strong enough to carry the movie and at times are really quite profound, leading you to reflect on our capacity as humans for a dynamic range of powerful emotions, and how pain really is necessary if we also want to experience the greatest of emotions.

These concepts were so successful mostly due to the performances of Jeff Bridges and Meryl Streep. Jeff Bridges in particular gave a performance that was intensely evocative and powerful and really illustrated the pathos and importance of the films central themes and ideas.

The Giver may be just one of many in an overcrowded genre, but it undeniably has some of the most engaging ideas to communicate.
This article first appeared in Issue 26, 2014.
Posted 1:49pm Sunday 5th October 2014 by Baz Macdonald.