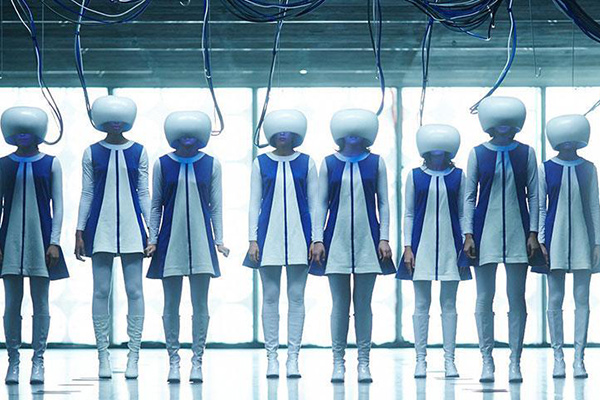 Directed by The Spierig Brothers

The Spierig Brothers new film Predestination is an adaptation of Robert A. Heinlein’s literary science fiction classic “All You Zombies.” The film centres on a temporal agent (time traveller) who uses time travel to prevent crimes. As literary science fiction, time travel is not used as some device to create a platform for action, but rather the plot is created to investigate time travel itself and the paradoxes involved. As such, it is very intricate, complicated and convoluted, really requiring time to digest that film just cannot offer as the page can.

To their credit, the Spierig Brothers created arguably the best adaptation possible of the text and the concepts were handled with all the finesse available to a filmmaker. However, I can’t help but feel that there was nothing to be gained by moving this very concept heavy work to the screen, only something to be lost, and indeed much of the complex scientific theory and narrative subtlety was lost.

Despite this, it was still a joy to watch the narrative unfold. In particular the performances made the story come to life, especially the performance of Australian actor Sarah Snooks, who gave an extraordinarily varied and powerful performance in both a male and female role. This adaptation was at it’s best when it focused on the human emotional and psychological aspects of the narrative.

Predestination is an amazing journey, but it achieves nothing that the short story doesn’t already do better.
This article first appeared in Issue 25, 2014.
Posted 2:58pm Sunday 28th September 2014 by Baz Macdonald.