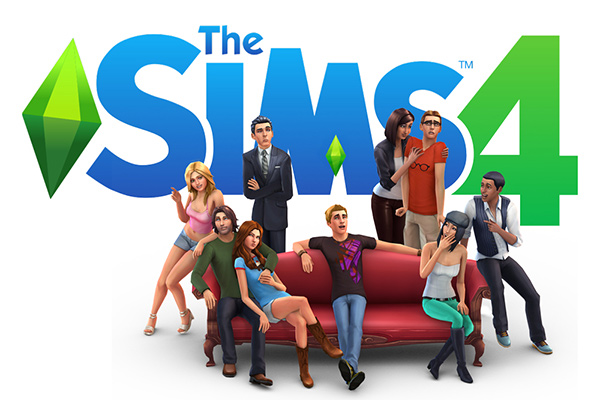 The concept of simulation games, on paper, is truly absurd. Especially when you consider what many of these games simulate are often the most mundane aspects of our lives. Managing and planning city infrastructure, businesses, sport’s teams, the most boring aspects of flying a plane. All of these concepts should be dull, and yet simulation games somehow manage to turn simulating events and scenarios we would avoid in our own lives into fun and rewarding entertainment that you can’t help but keep coming back to. In terms of mundane activities turned into glorious entertainment, no simulation game has ever done this better than The Sims, a simulation game that attempts to literally simulate life with all the minutiae included. Despite the appallingly tedious prospect of managing someone else’s life, The Sims is one of the most successful game franchises of all time and the latest instalment, Sims 4, reminds us why.

The Sims is a very hard game to judge on its core release. This is because each instalment in the franchise has received a multitude of expansions fleshing out the core game, by the end of its generation, into something quite grand in scale. Unfortunately, this means that the step from a fully expanded game back to a stand-alone core title can be a little disappointing. However, The Sims 4 when viewed as a stand-alone instalment, and compared to the previous three core instalments, is simultaneously a triumph and a disappointment when looking at what the game achieved and what it neglected.

As a consumer it can be disappointing to have to look at a product as one part of a larger picture, however, with it’s expansion market, this is what The Sims has become. As such, I tend to look at the first core title as a foundation on which Maxis will build their larger vision, and let me tell you that, as a foundation, I think Sims 4 is a triumph. As a player, the thing we are always looking for is content such as items, textures and things to interact with. However, content is one of the least foundational parts of a game. A good foundation, particularly for The Sims, comes from technical aspects such as Artificial Intelligence (AI), creative tools and interactive design. All of these aspects are superbly designed and executed.

Considering that The Sims is a simulation of the life of people, the artificial intelligence is perhaps the most crucial aspect of these games. In those moments when you stop commanding your Sim and they become autonomous, or in the behaviour of other Sims, that is when the created artificial intelligence of the game kicks in. Personally, I love that Sims gives me the ability to create interesting and unique characters and then shape the life of that personality. However, I have always been disappointed with previous Sims titles, because the moment I stopped commanding a Sim they acted in ways that I thought were contrary to the character I had created. But The Sims 4 AI appears so complex that it seems to learn from how I play with a character, and then extend that personality I have created into its autonomous actions. This is a game changer. Suddenly the story and character of my Sims no longer exists solely in my mind, but rather it exists within the game external to myself. This means that when creating families, friends and lovers, the interactions that you see, and the actions that they take, really do become a simulation of the reality you have created. In previous Sim titles it felt like you were playing with a doll’s house, picking up dolls and placing them where you want imagining that they said and did what you desire, but now the dolls have come to life and they do it without your command.

Unfortunately, the flipside of how robust and complex these foundational features are, is that Maxis appears to have put all their effort into doing so and has somewhat neglected the content of the game. Though the building of Sims and houses is the best it has ever been, the slate of items and interactables to accompany it is a little on the lean side. However, there is still plenty to do with The Sims 4 and experimenting with these complex new systems is an experience worth having on it’s own. I am glad that Maxis focused on these aspects first, because the content can always come later, but you can’t build something great on a shaky foundation. I cannot wait to see what The Sims 4 turns into over the coming years with its expansions, but for now I am enjoying the game for what it is: a technical feat.
This article first appeared in Issue 24, 2014.
Posted 3:00pm Sunday 21st September 2014 by Baz Macdonald.