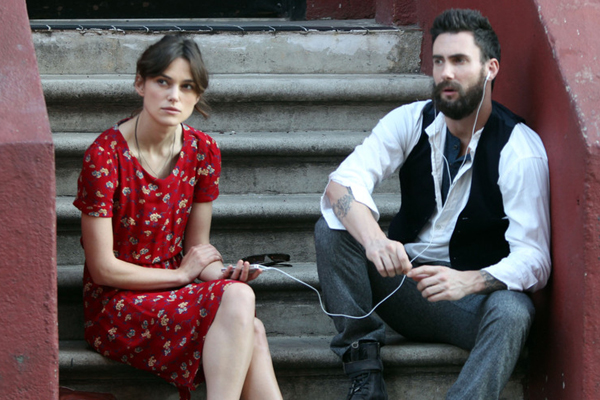 Begin Again, a modern music film in which the music felt terribly dated, and scored by The New Radicals, who haven’t released an album since 1999. I don’t understand this bizarre choice in musicians for the score of a film about the current music industry. The whole thing felt really dated, actually. Maybe it was set in the ‘00s and they just forgot to add the tag line? It didn’t stop me from enjoying the plaid, linen pants or crop tops, though. And these days, I guess it’s hardly indistinguishable.

It turns out Adam Levine (from Maroon5) is a great actor, or a terrible actor who is accidentally perfect for the role he played, which was probably just his real self with varying degrees of beard. “Beard” was a motif of the film: the more beard that a character acquired, the more reprehensible his behaviour. Mos Def, (Yasiin Bey, his preferred name) had a beard so amusing that it made him hard to take seriously. That is a criticism for the art department, but also one that can be applied more generally to the director’s treatment of all cast members of colour. It was a little offensive, the bass player complete with afro pick and cheesy grin, the big comedic drummer, neither of whom actually spoke except to beat box. That said, Cee Lo Green’s part, which again was pretty much himself – does that make him crazy? – was pretty entertaining.

I haven’t seen Once, which was arguably John Carney’s fame baby, but according to a friend who has, this is really just the American version of that, but with Mark Ruffalo. I love Mark Ruffalo. He’s not wildly handsome, and he is always cast as the same character in everything, but gosh darn it the man is charming, in that half down-and-out-dead-beat kind of way of his.

I cried in moments of this film, and I felt silly for crying because it’s a silly film, but I guess it’s also pretty honest and quite touching.
This article first appeared in Issue 19, 2014.
Posted 9:16pm Sunday 10th August 2014 by Sydney Lehman.