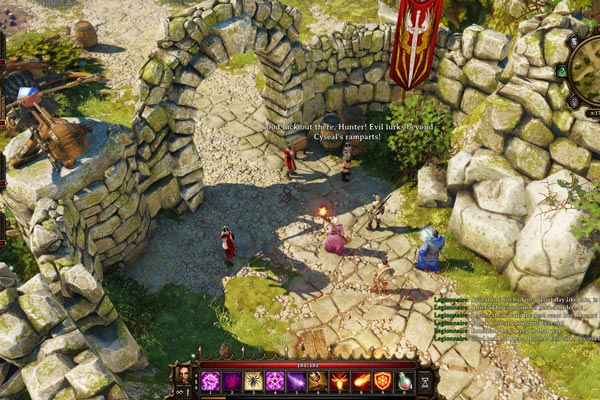 There are so many gaming arguments that I am sick to death of hearing about, but more than any other, I am tired of people whining about games not being hard enough anymore. Not because I think it is a completely baseless complaint, but because people don’t understand the difference between something being challenging and difficult. I can absolutely appreciate nostalgia for NES generation games and their challenging platforming, but lo and behold, there are lots of games such as Super Meat Boy being released that satiate that very desire. This means that the people whining are not looking for challenging games, but games that are difficult. My problem with this is that these people, in my experience, are nostalgic for badly designed games, which as kids they trudged through, and now feel like they are “superior” gamers for having managed to complete something not difficult through design, but difficult through poor design. Now, unfortunately due to this perspective, games are being made which have purposefully bad design to attract these nostalgic fools. Divinity: Original Sin is, I’m afraid, one of those games, which is overwhelmingly disappointing to me, considering the potential it has locked behind these faults.

The bad design that Divinity emulates, is the directionless story and world design that the market was populated with during the ‘80s and ‘90s. During this time, this was often a ploy implemented to elongate a player’s experience within a world, which was often much smaller than the RPG worlds we enjoy today. Players would aimlessly wander around a world, clicking on every object with the hope of stumbling upon the item or person that would progress the story. Like a terrible blast from the past, this is the way that Divinity plays. The real shame of this is that the story, though in many ways a generic Germanic fantasy RPG, is often unique and engaging in both its story and tone. The game begins with a mundane recycled fantasy trope where there is a magical source and it is your quest to control blah blah blah. However, once you progress through the drudgery, there are quite a few unique quests, including an integral murder mystery in the first town. On top of this, many of the characters have intriguing and engaging personalities and eccentricities that make dialogue fascinating and oftentimes hilarious. Yet, your opportunities to immerse yourself in this world, or enjoy the story, are impeded at every turn by the game’s stubborn insistence of not creating a fluid narrative experience.

Now, before you claim that this is just my personal preference, let me illustrate to you why, despite yours or my feelings towards this lack of “hand-holding,” it is inarguably bad design. Take for example an adventure game, where the proffered challenge comes from hunting down clues and items to progress the story. This challenge is contained within an environment, which means that you are always somewhat assured that the answers lay somewhere in front of you. Whereas, in a game such as Divinity, the difficulty comes from dropping clues and progression items throughout a large open world, like dropping a few coins in the ocean during a storm, and expecting gamers to devote disgusting amounts of time trawling just to progress. Then, on top of this, Divinity is purposefully vague and unhelpful in its hints so that you can never feel assured or confident that you are even searching in the right place.

This arrogance extends to the combat as well. Divinity boasts one of the most impressive turn-based RPG combat systems that have been created in a long while. Unfortunately, like the story, your ability to enjoy this system is impeded by Larion’s refusal to implement a properly designed progression. The combat combines many factors depending on the class you choose. Fighters obviously use melee weapons, and rangers’ daggers and/or bows. However, it is the magic classes that truly hold the power, due to the impressive and clever elemental design. The elements interact, so that you can cleverly use them to either enhance your previous spell, or disrupt those of your enemy. However, pick the wrong class, or use your skills wrong and several hours in you may find that you have handicapped yourself in the first five minutes due to the developers’ refusal to help you. This is exacerbated further by the fact that the enemies are levelled and it is impossible to know in which direction enemies you will actually have a chance of winning against are in, because the quests do not illustrate levels of difficulty.

Divinity could have been an amazing game, but intentionally terrible design choices stopped it from reaching its potential. This stands as a lesson to gamers: think about those things you are nostalgic for and ask yourself if you really want them in your modern games. If you are really honest, 99 per cent of the time the answer should be NO!
This article first appeared in Issue 18, 2014.
Posted 9:43pm Sunday 3rd August 2014 by Baz Macdonald.