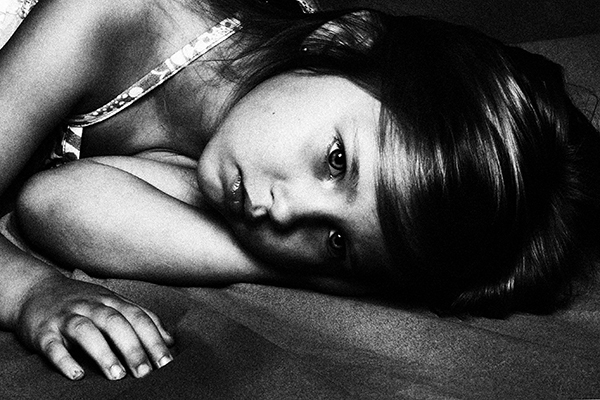 “Child poverty;” “vulnerability;” “income gap.” Buzz words, right? Phrases thrown around by the radical lefties? There are 285,000 children living in poverty in New Zealand, yet so many of us New Zealanders seem content to ignore the problem, or worse, to deny it altogether.

Unfortunately “us New Zealanders” often includes students. When we launched Choose Kids, a student-run group working to advocate for solutions to child poverty, last year, we were ready for opposition. We particularly expected it to come from the middle-class, and the middle-aged — the groups paying the most taxes. What we weren’t ready for was students spouting the same poverty myths as their parents. New Zealand poverty is not real poverty. Blame the parents. Why should I care?

The simple answer is this: we can’t afford not to care. The effects of child poverty cost New Zealand around $6–8 billion a year, a cost we all bear. With good reason, it’s an election hot-topic — recent polls indicate that voters see child poverty as about the third most important political issue of 2014. If you’re planning to vote, you can’t ignore child poverty.

On that note, let’s start by addressing some of the key poverty myths clouding the debate.

You’ve probably heard the phrase “poor parenting” as an excuse for doing nothing about child poverty. Colin Craig’s statement in Critic Issue 11 that children are going to school without lunch because “clearly [the parents] haven’t taken advantage of the support we can give” is a pretty typical response. Of course, that’s coming from the leader of the Conservative Party, but the general sentiment of “blame the parents” runs pretty deep through society. We’ve been led to believe in the stereotype: dole-bludging, alcoholic parents who gamble their money away. Likewise, we’re convinced that the working poor do earn enough money; they just don’t use it. Well, what if I told you they don’t have the money?

Living Wage Aotearoa produced a report last year proving just that. The report is incredibly comprehensive: it draws on a mass of studies, mostly done by the University of Otago, and sets out the basic weekly costs for a New Zealand family. The report concludes that even with one parent working full time, and one working part-time, both on minimum wage, they still fall $110 short — even taking into account all the benefits and family tax credits they might receive. Not just $10 short, but $110 short. And that’s excluding Auckland, which throws things completely out of whack with its hugely inflated prices. Once we factor that in, the shortage is likely to be even greater, especially as so many poor families do live in Auckland.

Regardless of where you stand on the whole debate, the figures just don’t add up. It’s hard to argue that people could make better choices with money they don’t have. Families have to balance rent, power and food; transport, clothing and medical expenses … Where would you make the cut? Child poverty is directly attributable to income inequality and poor wages; clearly we need to address the causes, as well as deal with the immediate effects. Sadly, poor parenting does cause problems — but it’s never as simple as that. Poverty and parenting are interconnected, and we need to address them together.

Unfortunately, New Zealand seems to have divided people up into the “deserving” and the “undeserving” poor. As a student, you are part of the “deserving” pile: you choose to be poor to get a degree. Few will question your choice; in fact, the government gives you money. Society applauds you. Conversely, we condemn the unemployed and the poor. But what if things suddenly changed? What if students were treated as the “undeserving” poor? Many of us felt the effect of the recent cuts to post-graduate student allowances. We have a unique perspective that allows us to see how unjust the blame-game can be.

For those who aren’t yet convinced, think about this: a child is innocent. Even if you think parents have a choice, children do not choose to be born into poverty. Why should we deny a child the right to be fed, or medicated, simply because we blame their parents? When the Mana Party’s “Feed the Kids” bill was introduced last year, people wrote it off as an easy cop-out for lazy parents. And when Government announced their own watered down solution to food in schools, the papers went crazy: “it is home responsibility;” “woefully bad use of taxpayer money;” “rewarding bad parenting.”

The point is that these children are going to school hungry anyway. In some cases that may be due to poor parenting, but those sorts of arguments ignore the fact that it is the children who suffer. Telling parents we will not feed children in schools will not fix things.

Notice there were no children writing in to the paper? Children are silent victims in all of this. Children can’t debate, or vote to change their situation. And their situation is pretty dire: 83,000 children in this country go to school hungry each day.

Another common argument is the “Third World” comparison. We’re all used to seeing World Vision ads with doe-eyed African children staring up at the camera. We expect swollen bellies and protruding ribs. With this image of “true poverty” in mind, we often overlook what’s happening in our own country. As a friend of mine put it, “why should I care about a child missing out on lunch, when some families are only living on $2 a day?” It’s a pretty empty argument: pointing out the existence of one doesn’t deny the existence of the other; nor does it make the other okay. The fact that the United States has higher obesity rates than New Zealand (only just) doesn’t mean we don’t have an obesity problem.

And the sad thing is, for many families in New Zealand, the situation isn’t all that removed from some “Third World” countries. New Zealand currently has the one of the highest rates in the OECD of “Third World” diseases. Children in poverty suffer from recurrent chest infections, bronchiectasis, pneumonia and rheumatic fever — direct results of poor housing and overcrowding. We may not have many people living on the streets, but we do have families of 14 crowding into damp three-bedroom houses. Again, it’s the children who suffer the most: a child sharing a room with adults is far more likely to pick up infections and diseases. Our lower class carries the burden of poor mental health, high infant mortality and high hospital admissions. Since 2007, hospital admissions for poverty-related diseases have risen by 21 per cent.

But if the lower class is carrying the burden, then so are we. Even if we take the selfish approach, there’s still something in it for everyone. We currently spend millions treating these diseases: millions that could go towards treating the causes. The uncomfortable, undeniable truth is we are already paying for this. Big time. Yet according to many, it’s just something we can’t afford at the moment. Cue the Tui billboard … Yeah, right.

So poverty, especially child poverty, makes us all poor. “I’m already a poor student!” I hear you cry. “Why should I care?” Time for some uncomfortable truths: when you’ve completed that Marketing degree, you too will be joining (hopefully) the world of the employed, where you’ll end up paying taxes along with the rest of our workforce. As things stand, a huge chunk of those taxes will go towards patching up the gaping hole in society that is child poverty. No new pretty sports grounds or public parks for you.

The problem is so many New Zealanders don’t realise there’s a problem — or if they do, they deny the extent of it, or push blame on to the parents. Likewise, politicians spend far too much time denying the problem, rather than trying to come up with solutions. As with all politics, it’s all about what gets them votes. Children don’t vote — but we do. It’s up to us to let the parties know that this is a priority. In many ways, students are natural advocates for children: we are closest to them in age; we understand what it is like to be silenced. We can be the voice for the voiceless. And if university has taught us anything, it has taught us to question, to interrogate the so-called “facts.” We shouldn’t just blindly accept the poverty myths.

Our generation has been labelled, somewhat crudely, the “selfish generation.” We care about partying, not politics. We sit up and take notice when a proposal has “student loans” attached to it; otherwise, we don’t care. At a push, we might advocate against climate change or global warming. “Clean and green” is a glamorous — and safe — stance to take. Child poverty, on the other hand, is complicated and unglamorous and dirty. Yet it affects us far more than we realise. What kind of country do you want your own children to live in? One that puts kids first? Or one that shunts them to the sidelines?
So go to public lectures. Volunteer your time. Donate your old toys (seriously, a 20-year-old with a teddy bear?). Talk about child poverty. Use social media. Vote — and when you do, think about what various parties offer children in poverty. And challenge others when they spout the same old myths. Until these myths disappear, child poverty isn’t going anywhere.

As Inside Child Poverty documentary maker Bryan Bruce points out, politicians often act like they are “short-term tenants” in their own country, when they should be acting as long-term investors. Some government initiatives are fantastic, such as the 2014 Budget announcement of free medical care for under-thirteens, but they are only the beginning. We need to put pressure on our politicians to deliver more.

Child poverty isn’t going to be solved overnight, or even in the next ten years. There is no golden bullet or “One Solution.” Nor is this a task for one political party alone. What we need is a cross-party agreement, a common goal of eradicating child poverty. We need long-term solutions, rather than having the situation change every three years depending on who’s in power. And we need a student voice for children. But one thing is certain: we must act now.

“Many things we need can wait. The child cannot. Now is the time his bones are formed, his mind developed. To him we cannot say tomorrow, his name is today.”-- Gabriela Mistral