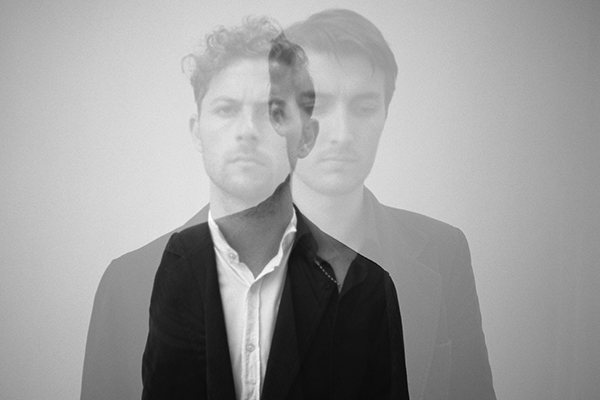 Glass Owls are an alternative pop act from Auckland centered around the songwriting talents of Anthony Metcalf and Tomas Nelson. Having just released their debut album, Out From The Darkness, Adrian Ng caught up with guitarist Anthony Metcalf.

Did you come from a musical background? What initially sparked your interest?

Not particularly … my grandfather was quite an accomplished musician who wrote and arranged music in a big band type situation in the ‘40s. From memory he played sax and keys. My dad’s favourite bands are Foreigner and The Bee Gees. My first “fuck yes” moment was age 14, hearing Karma Police for the first time.

When did you and Tomas meet and decide to form a band together? What kind of sounds did the two of you bond over?

Tomas and I have been playing music together for a number of years in various incarnations. We started mainly in competition with our friends Artisan Guns. We bonded over a love for The Doors, Split Enz and the Tin Pan Alley style music of the ‘50s and ‘60s.

What inspired the title of your album, Out From The Darkness?

Out From The Darkness comes from the title track, which is basically about dying, and everything being okay. Or at least everything you left behind. It’s meant to be an ode to worldly problems, keeping things in perspective when it feels like there’s nowhere else to turn. It’s a theme which permeates a number of the tracks on the record so we decided it was a fitting title.

Has there been much of a change between your first EP and your debut album?

Quite a bit, yes. Our EP was a collection of our best tracks at the time, pretty standard release for a new band. It was recorded by Dave Parker in his bedroom studio in Oratia. Dave was great for us starting out, as we weren’t really sure what we wanted to do; he essentially gave us a sound. We tried to do something different with the record. We recorded at Revolver Studios in Waiuku with Djeisan Suskov, after a year of demoing and rearranging songs. We definitely had a stronger sense of how we wanted the record to sound and feel. The emphasis of recording was on live performance, so it felt like a band in a room - albeit going through some of the best microphones in the world.

Usually either Tomas or myself will write lyrics and skeleton chords to a song and take it to the other half and/or band practice to flesh out. We don’t really collaborate on lyrics as we like to have different voices coming through on individual tracks. Then, once we’re happy we’ll take it to the demo stage and keep refining the song live.

Have you guys played Dunedin before?

We haven’t played Dunedin yet but are very keen to come down in the next few months. There’s some amazing stuff coming out of Dunedin at the moment (Males, Trick Mammoth, Kane Strang, Gasp) and we have heard great things about the crowds down there.
This article first appeared in Issue 15, 2014.
Posted 6:52pm Sunday 13th July 2014 by Adrian Ng.