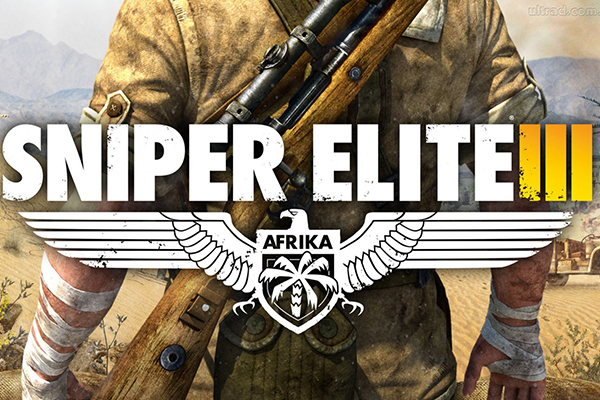 I’m not a sociopath (I swear) but there is something truly satisfying in games about achieving a stunningly executed headshot. I’m not sure what exactly it is, perhaps the skill involved in lining it up and timing the shot perfectly, or maybe more disturbingly, it’s the clear feedback of that sickening squelch and the consequent rain of blood and viscera that only a headshot can offer. Regardless of the reason, I bloody love a good headshot. So it is unsurprising that given the choice, I tend to lean towards more precision weapons when playing first person shooters. For this reason, I have always loved the idea of a sniper game, where theoretically I could have a whole game of only headshots. It’s a great idea in theory, but I’ve never played a sniper game that has ever lived up to my fantasy. Thankfully, Sniper Elite 3 is the closest a developer has ever come to making my dreams a reality.

The three Sniper Elite titles are without a doubt the best sniper-focused games available. All take place within WWII and introduce players to a different front of the war. Sniper Elite 3 takes place in Northern Africa and tells the story of the Allies and Axis struggle for control over the supply routes that run through there. Like all of the instalments in the series, Sniper Elite 3 has a firm grasp on the history of the war and the events that occurred within any given region and focuses on telling a story that outlines the important factors of that struggle. Unfortunately, this gives the games an almost academic feel, like it is letting you play through events just as you would read them from a history book. This means that you are guaranteed to get a better understanding of the events, important figures and locations, but removes any sense of emotion or character from the story. Being an advocate of character and rich story development in games I found this disappointing, however it was a clear design choice made by the developers and I appreciate that they chose an angle and committed to it, instead of creating half-hearted characters and emotions as some games do.

Without the pull of an evocative story, the hook of the game relies on its gameplay. Generally, the gameplay of Sniper Elite 3 is very middle-of-the-road third person shooting. Moving around the map often feels clunky and while scoped your character will often inch forward without your direction, occasionally causing you to walk right off of a cliff. However, despite how unpolished the movement and smaller arms weapons can feel, the actual sniping mostly makes up for those failings. This is mainly due to Sniper Elite’s greatest feature: the bullet cam. If you line up a shot right, upon pulling the trigger time slows and the camera begins to follow the bullet from the barrel of your gun and into your target. However, just as your bullet enters, the camera changes to an X-Ray that shows the trajectory of the bullet through them and the subsequent gnarly damage it causes. It is a horrendously macabre feature that is truly addictive. No doubt, it will make you feel uncomfortably exhilarated each time the camera jumps from your scope to the bullet cam.

If it were up to me all I would ever do in this game is snipe, hopefully resulting in an infinite number of these bullet cam moments. Unfortunately, the developers seemed to disagree with me by making it particularly hard to actually perform the objective the game promises: sniping. Bad level design, ridiculously stupid A.I and poorly executed mechanics culminate, making it difficult to ever just ease into a spot on the map and pick off your enemies. Granted, this could lead to a very low difficulty, but as the game stands now the trade off between difficulty and frustration is just too high. It seems a little unfair to design a phenomenally awesome gameplay feature like the bullet cam, and then design a million obstacles between you and your ability to enjoy that feature.

My dream of playing a truly engaging Sniper game has not been satiated by Sniper Elite 3, but that doesn’t mean that I didn’t enjoy their attempt. If you can overlook the clunky mechanics and the lack of story, those moments situated on a hilltop, picking off Nazis with an X-Ray, are more than worth your time and money.