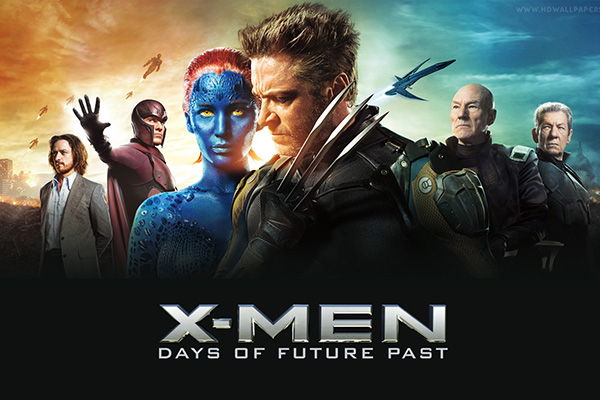 X-Men: Days of future past

Every franchise, regardless of its pedigree, makes a misstep at some point. Undoubtedly, that moment for the X-Men film franchise was 2006’s X-Men: The Last Stand. However, unlike every other franchise, X-Men has narrative concepts, such as mutants that can time travel, that allow for these missteps to literally be erased from the canon. That is what Singer has done with Days of Future Past, wiping away the mistakes of the past while still retaining all the characters and events that we love and cherish. And might I add, he has made a bad-ass film in the process.

Days of Future Past introduces us to a dystopian future in which humans have developed an insanely awesome army of robots called Sentinels to kill the mutants. In this future, Xavier decides to send Wolverine back in time to correct the mistakes that led to this future. In doing so, Singer unites the two time lines from X-Men films. In the future we have the long standing Xavier and Magneto played by Patrick Stewart and Ian McKellen, and in the past we have these characters as they were introduced in 2011’s X-Men: First Class played by James McAvoy and Michael Fassbender.

Considering the complexity of this narrative, it is astounding how coherent the film is. Singer manages to juggle fan service without alienating mainstream audiences. For the fans, there are countless characters and Easter eggs, and for everyone there is all the grandiose spectacle and action that we have come to expect from the superhero genre.

With Days of Future Past boasting a cross-section of the world’s greatest actors, it is not surprising that all of the performances were superb. However, the standout performance came from up-and-comer Evan Peters and his amazing portrayal of Quicksilver. It was awesome to see Peters create a character with all of the charm, wit and sass that made Quicksilver such a beloved character in the comic book world.

X-Men: Days of Future Past is a movie that continues the recent tradition of creating rich universes in which films can exist. Singer has done a superb job of not only creating a great film, but also correcting the mistakes of the past, while simultaneously uniting the last 15 years of X-Men films within one cohesive universe.
This article first appeared in Issue 14, 2014.
Posted 1:08pm Sunday 6th July 2014 by Baz Macdonald.