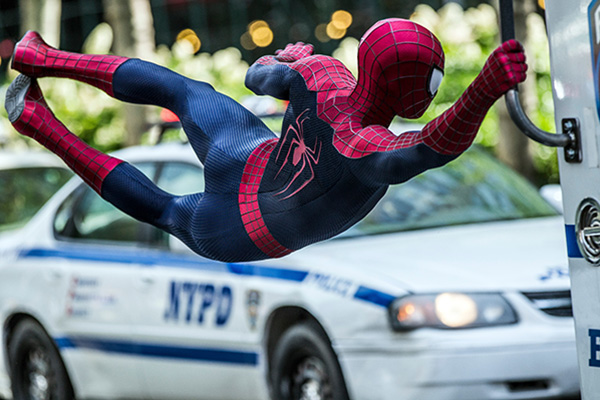 After Toby McGuire successfully managed to flush the Spider-man franchise down the toilet in 2008, I was grateful to see the character successfully rebooted in 2012 with The Amazing Spider-man. Thankfully, director Mark Webb has continued to grow the Spider-man character and franchise with his sequel, though it is worrisome to see some of the same missteps that led to the previous trilogy’s demise creeping in.

The most obvious of these is the convolution of the script. Like Spider-man 3, The Amazing Spider-man 2 has too many villains within one film. Each of these new characters has to be introduced and then given enough screen time to explain their journey to becoming a villain. But with so many in one film there is not the time to develop these narrative arcs enough. Consequently, you can never truly invest yourself in any of their stories. Thankfully, despite this convolution, Webb managed some degree of success in tying all of these new villains’ stories together. But, still, it’s concerning to see the franchise making the same mistakes as their predecessors.

Despite the underdevelopment of the new characters, the success of this instalment comes from the continued development of Andrew Garfield’s Peter Parker and Emma Stone’s Gwen Stacey. Both of these actors gave performances of a quality that hasn’t been seen in superhero films since Nolan’s Batman trilogy. The real strength of their performances comes from their electric chemistry. The palpability of their emotion for one another in this movie once and for all puts to bed the idea that actors with real-world relationships cannot recreate those emotions on screen. This, coupled with Webb’s experience with romance films, made every dialogue scene equally as engaging as the action.

In general, the action was excellently executed. Some of these scenes even played on my mind for days afterwards, due to their flawless execution and impact on the film.

Despite a few areas of weakness, The Amazing Spider-man 2 is a superhero film that offers a level of performance and chemistry normally absent from this genre.