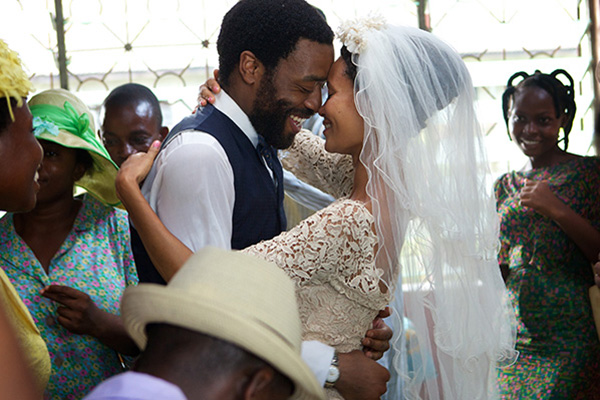 Half a Yellow Sun

I do not know what war means. I say this with as much education on the subject as the average person. I understand it in theory, but emotionally – the reality of being prepared to flee for my life at a moment’s notice, an air raid bomb about to go off next to me, losing my friends, neighbours, the strangers who live on my street – that is as far from my comprehension as East is from West. How lucky I am.

This film is incredible. There is no attempt by the director to shock me into understanding what the grotesque brutalities of war look like, which from my experience only results in an eventual desensitisation as you gape at the limb dangling by a sinew from some poor soldier’s socket. Instead, Half A Yellow Sun opens the looking glass into the lives of people, relatable people, living through the 1960s civil war that ravaged Nigeria.

The characters are privileged, educated and wealthy. Their lives are “western”: they have English accents, drive English cars and wear mod clothes. The first half of the film is about their stories, their romances and betrayals, families and careers. The plot follows the romance of Ollana, played by Thandie Newton (The Pursuit of Happyness) and Odenigbo (Chiwetel Ejiofor, Twelve Years a Slave), Ollanna’s twin sister Kainene, and her lover Richard. Only once you have come to understand these characters as complete people are you really able to feel the gravity of the situations that they face in the horror of war. I have never seen a film achieve this so well.

To say that this film affected me would not do it justice. Half A Yellow Sun not only addresses the seriousness of human relationships but also puts into proper perspective love, trust and family, with war, horror and atrocity. “There are some things that are so unforgivable that they make other things easily forgivable.”