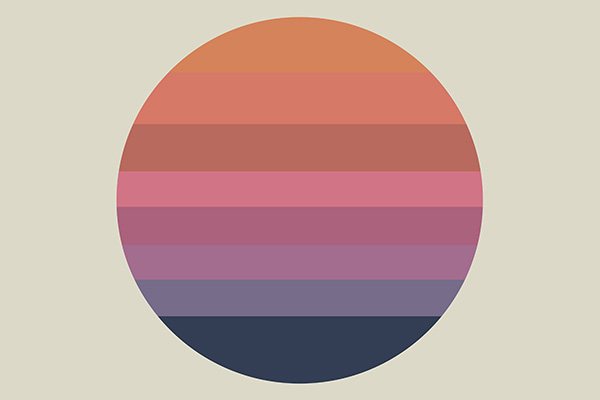 Tycho is Scott Hansen, a San Francisco based visual artist and producer. Having released music since the early 2000s, it wasn’t until 2011’s Dive that Hansen’s music started gaining considerable attention. Awake, like Dive, is a sleek, electro-ambient record with an undercurrent of warmth. But unlike its predecessor, Awake feels considerably more spacious, expansive and almost vast in comparison. The low end comes through sharper and crisper, the synths float, sweet and lustrous. And whereas previous efforts have been largely solo ventures, this record marks the first time Hansen has entered the studio with a three-piece band. “This is, in many ways, the first true Tycho record,” he expresses.

Featuring Zac Brown on guitars and bass and Rory O’Conner on percussion, the more energetic, driven sound of their live performance is more apparent. This of course results in an atmosphere, more electric and alive. A sense that the music now has room to inhale and exhale, and has sprouted lungs constructed of not only flesh but fiberglass. Now with more organic instruments in the mix, Hansen’s synth work pulses in, around and underneath a mainframe of tender tepidness. Interweaving beautifully and developing into breathtaking swells or more pulsing, hypnotic grooves.

Title track “Awake” is a glistening start to the record, interplaying a driving bass line with intricate layers of soaring synth and a captivating guitar melody. This is pretty much the basic structure for most of the pieces on this album and though there is little variation, I hardly think of that as an aim for a record of this nature. Instead, Tycho hopes to immerse us, mesmerise us in this lucid wonderland their music seems to instill. It sounds something like a sun rise in still frame, or like watching a skyline being constructed in fast-forward.

With a playing time of around about 35 minutes, Tycho is wise in not running the risk of wearing out their welcome. Regardless, I would describe Awake as more of a device of atmosphere than a centerpiece. There are moments, quite breathtaking indeed, which extract your full attention. But to me it is more of a complementary soundtrack, a companion piece to the sometimes bustling, sometimes tranquil world around us. There are lulls, as with any album, but Tycho have succeeded in creating an album that is undeniably beautiful and engaging when it feels the need to be.