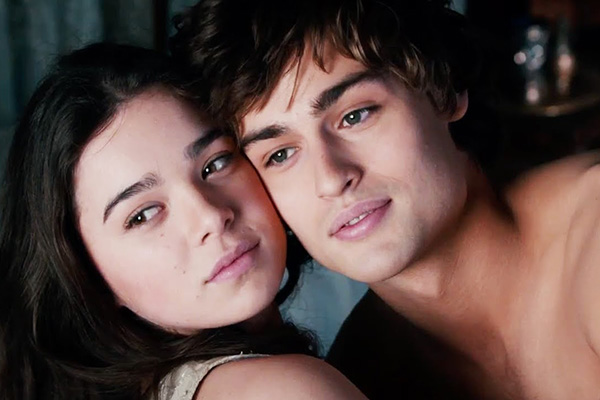 It’s clearly not easy to adapt a classic from the stage to the screen. Many have tried and very few have succeeded. When Shakespeare is involved, these adaptations invoke the question: do you try and stay loyal to the context and language of the original text? Or do you modernise it to make it relevant to today’s audience? Unfortunately, in Carlo Carlei’s adaptation of Romeo and Juliet, he thought that there was a middle line between these two concepts … turns out there isn’t.

Carlei’s adaptation of one of the English language’s most famous love stories made too many mistakes to outline, however, its greatest flaw was its attempt to combine a terribly edited version of Shakespeare’s text with modern Hollywood conventions. This included all the clichés you would expect from a modern Romantic film, such as a sickening abundance of make out sessions and a truly awkward sex scene. The real trouble with these particular conventions is that Carlei made the decision to emphasise the age of the characters, who are both supposed to be 13. Unfortunately, the Romeo (Douglas Booth) looked at least 20, and the Juliet (Hailee Steinfeld) truly looked 13, or, at the very least, like a young woman just entering puberty. This made every “romantic” moment overly creepy, undermining the whole point of the film: i.e. to be romantic.

This was made even worse by the truly horrendous performances that almost every actor gave. The film felt like a high school play that had way too big a budget. Every moment was horribly overplayed, with actors finding openings to scream, wail and cry at every possible moment. The one shining light in this film came from the great Paul Giamatti as the Friar. His beautifully heartfelt performance was a real contrast from every other, but unfortunately highlighted the pitfalls of the other actors.

If you’re a fan of Shakespeare, then this film will break your heart. If you’re new to Shakespeare, please, for the love of God, find another way to be introduced to his work.
This article first appeared in Issue 8, 2014.
Posted 4:31pm Sunday 13th April 2014 by Baz Macdonald.