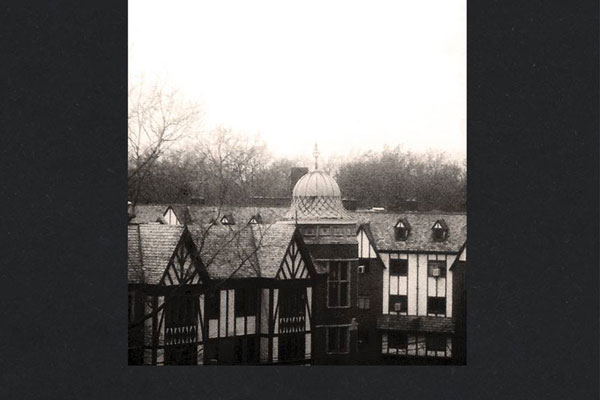 Cloud Nothings - Here and Nowhere Else

On Cloud nothing’s latest Lp, frontman Dylan Baldi is learning to “focus on what [he] can do [himself].” One thing he can clearly do is write a bunch of powerful, catchy, guitar-driven songs. Once claiming that he approaches guitar more like piano, Baldi’s playing is complex without being distracting, and tends to avoid the unimaginative power chord progressions so associated with pop-punk. The album was recorded in a small Hoboken studio, the production simple and stripped back, allowing them to stay true to their live sound. With only eight tracks, this record is fast and it’s loud and it’s full of fist-pumping energy.

The opening track, “Now Hear In,” begins simply with Baldi’s distinctive rolling guitar strumming before slowly building to a sing-along chorus that makes as good use of space as it does noise.

Many of the tracks stick to this loose formula, but the innovation of the guitar playing and drumming stops the songs from becoming rehashed versions of each other. Baldi especially has the ability to write guitar lines that make you forget he’s the only one playing.

Baldi’s vocal delivery is not dissimilar to David Monks of Tokyo Police Club; nasal, growly and full of angst. Baldi pushes his voice to its limit on this record, to greatest effect when howling “you don’t really seem to care” in the epic final chorus of “No Thoughts.” The lyrics throughout the album are pretty straightforward, making them all the more easy to shout along to. It’s impossible not to belt out the grappling hook of a chorus in “I’m Not Part of Me” – “I’m not, I’m not you! You’re a part of me!”

While most of these songs are great individually, the lack of variety in both song style and production make this album hard to digest in one go. It would have been nice to hear Baldi using a few different guitar tones to add some distinction between the tracks and give them some individual character – “Pattern Walks” stands out as an exception, especially the last minute and a half that contains a rare bit of reverb and a noticeable lack of fuzz. If you like guitars, poppy hooks and heartfelt screaming you should listen to Here and Nowhere Else.
This article first appeared in Issue 6, 2014.
Posted 7:01pm Sunday 30th March 2014 by Peter McCall.