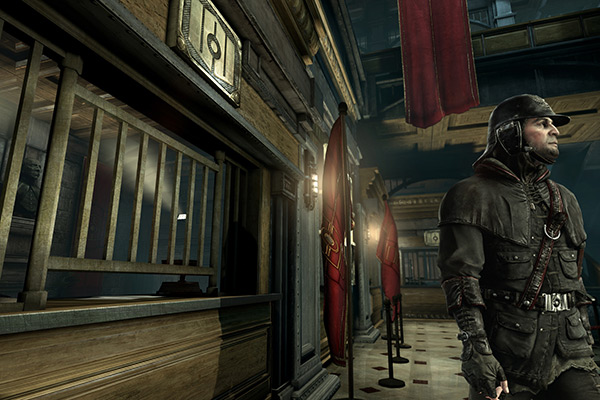 Over the last couple of weeks the video game industry has been overwhelmed by mass layoffs. Eidos Montreal laid off a large number of their staff, Irrational Games laid off over 100 people and Disney Interactive laid off 700 people. Understandably, these lay offs have concerned people. Why is it that some of the world’s biggest developers appear to be cleaning house? Well, first of all, this actually happens all the time. Developers take on large numbers of employees to finish a game and when it is finished they let them go. The timing isn’t coincidental either: the reason that all these layoffs are happening at the same time is that the financial year is about to end and these companies need to clear their books. Finally, and this may seem like a contrary statement, lay offs can be a good thing. Well, for games at least. Often, retaining the same staff for every game can lead to their games becoming stagnant and uninspired. For example, Eidos Montreal just laid off a large number of their employees and this may well be a good thing because if their latest game, Thief, is any indication, that studio is in desperate need of some fresh new talent.

The latest Thief game developed by Eidos Montreal is actually a reboot of the beloved Thief series of which the first game, Thief: The Dark Project, was released in 1998 and the last game, Thief: Deadly Shadows, was released in 2004. Thief, like its predecessors, is a first-person stealth game. However, unlike most other stealth games on the market, the game’s emphasis isn’t on silently taking out enemies, but rather in avoiding them completely. Your goal instead is to steal as many valuables as possible without detection. Often this goal is secondary to a story objective, but considering that it makes up most of the gameplay and the story is rather forgettable, no doubt stealing will become your primary objective.

The game is set in a town with the aesthetic and tone of a British city in the midst of the Industrial Revolution and is only ever referred to as “the city.” As a thief, of course, you only ever explore at night, so the city is always foggy, dirty and dark. The gameplay graphics are actually quite impressive, particularly on next-gen consoles and PC, and it is quite easy to get immersed in the reality of the city while exploring. However, it is when the game tries to communicate with you that this immersion is harshly broken.

The story is a mess both in content and execution. You play as Garrett, a master thief who returns to the city after the events revealed in the prologue. I won’t spoil what these events are, except for that they are an absurd mess of unnecessary dark fantasies. He returns to find that the Baron has overruled the city and that a terrible plague is sweeping the city. Garrett decides to use the chaos to his advantage. There is certainly great potential in this premise; unfortunately it is never realised. This is mainly due to the fact that it never finds a direction to drive the game in. Garrett is never sure if he is just out to make money, or to vindicate himself and be the city’s hero.

The mediocrity of the story seeps into many other aspects of the game, including integral components such as the sound design. In a stealth game it is crucial that players be able to ascertain where enemies are, using all of their senses. Sound is a big part of this, however, in Thief the sound is unjustifiably vague. If you are in a house stalking around, when a person talks it sounds as though they are right next to you regardless of whether they are on the other side of the building or 2 feet away. It is this kind of laziness that exemplifies the issues this game has.

The only real way to enjoy this game is to try and block out all of its weak points and let oneself be immersed in the world and gameplay. The stealing itself is very fun. The game allows you to approach situations as a ghost without ever being detected, the opportunist who knocks enemies out to clear the way, and the Predator who has no qualms entering to open combat.

I wish those who lost their jobs at Eidos Montreal all the best, however, this is a studio that’s known for amazing games such as Deus Ex and if fresh blood is what they need to return to that pedigree, then I support it. Thief, sadly, is a game that only has moments of awesomeness to offer in a sea of mediocrity.
This article first appeared in Issue 4, 2014.
Posted 2:59pm Sunday 16th March 2014 by Baz Macdonald.