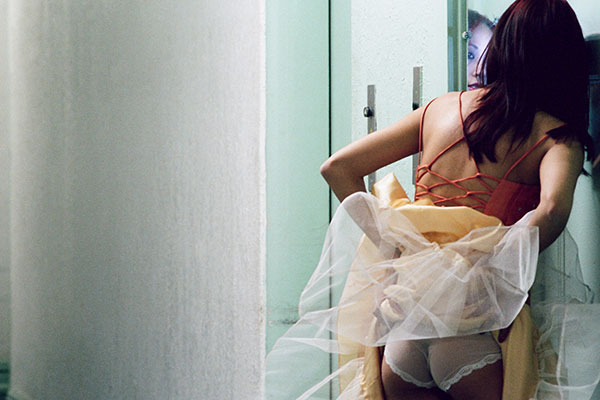 Sedition and the commercialisation of digital art

There’s a new kid on the block for serious art collectors and desktop background enthusiasts alike, and it’s frighteningly addictive. Sedition, which aims to “turn screens into art,” is fast becoming a leader in both the digital art movement and the concept of art editions in general. The idea is simple: buy and sell limited editions of digital art works, with the ability to view them on apps built for most devices – even including certain TVs. You also get a (digitally) signed certificate of authenticity for your edition number. The only caveat is that you must wait for all editions to sell out before you can list one for sale on the marketplace – speaking from experience, this can take a very long time.

The aim is to encourage those who wouldn’t usually spend big money on art to dip their toes in a real art market. For those who only know the huge names, the likes of Damien Hirst and Yoko Ono are there, and despite their fame, artworks can’t be sold for more than roughly NZ$3,000.

But why would you spend your precious money on what’s effectively just a video or JPEG? One defence is the same as why you’d buy a subscription to Spotify or Netflix – it makes consumption of these mediums really easy, all the while supporting the creators. Another is the arbitrary concept of “ownership” that the certificate enforces, although the relationship between collectors and their art is rather a deep one to get into here. Besides, it’s cheap! This is what lends it the addictive status – when new works are released, often for somewhere around $20 or so, it’s very often tempting to buy an edition.

One of the biggest issues I can think of with the service is that it blurs the line between fine art and screensavers. Although you’d get one hell of an artwork for $3,000 in a traditional gallery setting, it’s a lot of money to part ways with for the latter. However, Samsung is reported to be coming to the rescue here – announcing a couple of years ago that it is developing purpose-built digital artwork displays. It remains to be seen whether these are just glorified digital photo frames or something much more.

Thus far, I’ve only bought one work that has sold out and gone up for sale on the marketplace. A Mirror Light, El Passo by Noritoshi Hirakawa was part of a set of five works I purchased in late October last year for about NZ$50 total. That one piece from the collection shot to NZ$60 only a week after it went up for auction, two months after I had bought it. Although the dollar amounts are small, such a rapid percentage gain is almost unheard of in the art world.

Overall, if you are ready to buy art then you would have started tackling questions of ownership, authenticity and arbitrary value already. For that reason, I feel like Sedition is on to something and I highly recommend it. It really is just an accessible replication of a more tangible art world, all the while opening up new Pandora’s boxes to do with artworks that never really exist.
This article first appeared in Issue 3, 2014.
Posted 4:35pm Sunday 9th March 2014 by Zane Pocock.