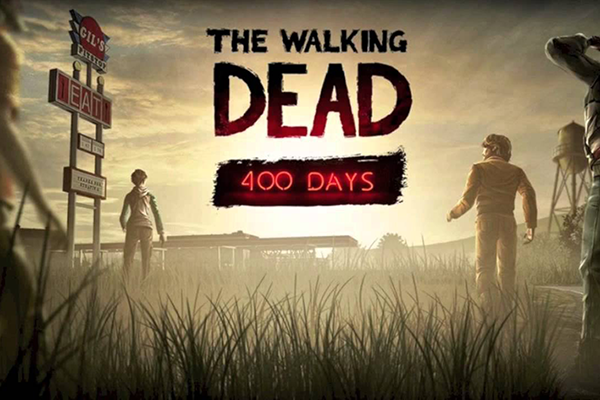 Telltale Games announced earlier this year that season two of The Walking Dead was indeed in development – an announcement that surprised very few considering the runaway success of the first season of this flawless point-and-click adventure based on Robert Kirkman’s comic universe. Fans of the first game (myself included) have been frothing at the bit to get our hands on more of Telltale Games’ emotionally chilling adaptation, and though we still have to wait for season two, Telltale Games has thrown us a bone in the form of a final episode in season one: “400 Days.”

This episode, though technically part of season one, is not related to the story of season one at all. Rather, we were told that the episode was made to bridge the gap between the two seasons. This could mean one of two things: either the episode is just fun and interesting content to get us excited for season two, or the game was constructed to act as a prologue to this second season. Either way, I am just happy to have more content.

“400 Days” implements a fresh storytelling device in the form of a message board beside a gas station. The message board holds photos of the five playable characters in this episode. By choosing one of these photos you get to play through the story of when, and how, that character came into contact with the gas station. This makes the game play much like Tarantino’s Pulp Fiction – there is a common thread running through all of the stories, but they all stand mostly separate from each other.

While the narrative runs like Pulp Fiction, I found that the thematic content was more akin to the short stories of Stephen King in that they used the short and snappy format of the stories as a platform to introduce many different ideas, situations and emotions. Though the structure gave Telltale the opportunity to implement these elements, unfortunately this was often to the detriment of the most powerful element of the rest of season one: relationships. Each story only lasts roughly 20 minutes, which is simply not long enough to both create a meaningful relationship and also tell a story. As such, key relationships are often forced to little effect or omitted completely.

The stories themselves vary greatly in character, situation and action. Telltale Games struck a chord with the emotional resonance of their last game, but many people complained that the game lacked variety and intensity when it came to its action. At many points in this game it felt like Telltale were using this extra episode as an opportunity to try out new techniques with all aspects of their game – especially the action. Each episode had a different mechanic. Some of these worked (such as trying to make decisions to effectively flank an unseen assailant) while others did not (such as trying to sneak through a corn field while being chased by pursuers with torches). It wasn’t the situation that was lacking, however; it was just that the mechanics used to communicate these situations weren’t as well thought through or didn’t work as well as the mechanics used in the rest of season one.

It was fantastic to get more Walking Dead from Telltale Games, and it has definitely gotten me amped for season two. I just hope that Telltale implements some of the new techniques used in “400 Days” while essentially retaining what made season one so great to begin with: the depth of relationships.
This article first appeared in Issue 16, 2013.
Posted 3:59pm Sunday 21st July 2013 by Baz Macdonald.