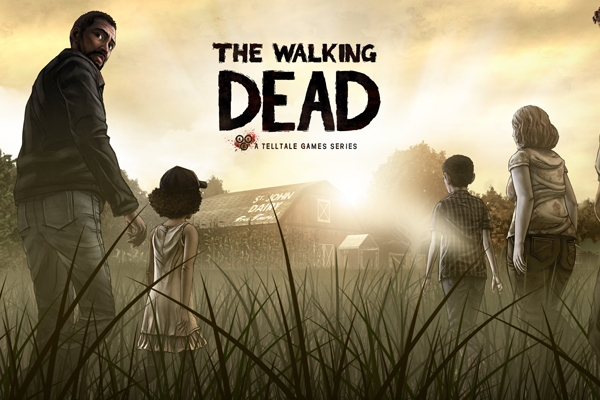 Battle of the Dead

The video game has a long history of franchise adaptations. In fact, some of the most reputable developers in the industry started out this very way. Bethesda Game Studios, makers of the illustrious Elder Scrolls series, got their big break making video game adaptations of the Terminator films.

Despite the fact that adaptations have built up many of our favourite studios, there remains a powerful stigma around video game adaptations. The stigma comes from the fact that a significant amount of the time these games aren’t well-crafted, but are thrown together in anticipation of the release of a film or TV show in the same franchise. You’ll see one of these adaptations for every new animated film, because kids are easy to please; but you’ll often also see adaptations of films like Iron Man for us big children.

Frankly, gamers have been burned too many times to really pay attention to these adaptations any more. But this doesn’t mean that there aren’t good adaptations being made. Both gamers and game developers are ridiculous fanboys, and this means that there are also some great games being made based on existing franchises (the Batman Arkham games are an excellent example of this). This poses an interesting dilemma of how to spot the good adaptations and ignore the bad.

Robert Kirkman has been releasing a monthly black-and-white comic since 2003 called The Walking Dead. I could have mentioned this publication to you a couple of years ago and you may have given me that withering look we all give hipsters who incessantly mention obscure things. After the success of Frank Darabont’s TV adaptation of AMC’s Walking Dead, the response I get is very different.

The show’s success has catapulted Kirkman’s creation into the spotlight of popular culture, and as a result more and more people are trying to add their part to his post-apocalyptic universe. Several games have been developed within the franchise, including mobile and console games. Amongst these is a game that is an example of the fatal flaw of franchise adaptations, but there also stands an example of its absolute mastery.

The very cover of this adaptation is the first clue that this game isn’t going to stand on its own two feet. The NZ/AUS cover depicts the actor Norman Reedus as his character Daryl Dixon, carrying his signature crossbow. This is a big clue as to how the developers of this game are trying to sell their game: by using the AMC title and the actors from the show, they demonstrate from the very start that they are riding the show’s coattails.

Both Kirkman and Darabont’s Walking Deads employ meticulous writing and character development to drive their stories, so it’s not too much to expect the same calibre of storytelling from a game adaptation. Survival Instinct has the intriguing hook of telling the prologue story of Dixon, one of the most complex characters of the TV series. The game follows Dixon from the start of the apocalypse to the pinnacle of the show’s pilot. Like the show, the story has a large cast and a variety of locations, but the game completely misses the one aspect that makes Kirkman’s universe amazing: character. The game has Dixon making the sort of redneck retorts we’ve come to expect, but there is nothing beneath them, and they are devoid of those complex relationships and thoughts that make Dixon such an interesting character in the show.

For a game adaptation to be warranted, the game has to offer some sort of experience that other media cannot. The aspects that Terminal Reality decided to emphasise were first-person shooting and stealth, and these are by far the best-conceived part of the experience, though there are set moments where guns blazing is your only option. First-person shooting is an obvious direction to go with any game set in a zombie apocalypse; however, it is a genre that does not gel well with Kirkland’s universe. It is hard to create meaningful relationships when you are always staring at the person over the barrel of a gun.

The lacklustre story and vapid gameplay were then bundled up into the worst graphics I have seen since Duke Nukem Forever. I am not generally the sort of person who cares about graphics, but in this case the low-quality graphics are a big indicator of how the developers saw this game. It’s the equivalent of a neglectful parent sending their child out into on a snowy morning in shorts and a t-shirt.

I do not give this rating lightly. This was truly one of the most engrossing experiences of my life. Nor am I alone – this triumph won over 80 “game of the year” awards last year. Telltale Games are the champions of a dying genre: the point-and-click adventure. Over the past 10 years, they have applied this genre to many existing franchises, including CSI, Back to the Future and Jurassic Park. They have honed their skills to the point where they could combine their expertise with a rich universe to make one of the greatest games of its time.

The reason that this game is so amazing is because it flawlessly implements the one convention that gaming has over every other medium: choice. No doubt choice is becoming a more popular convention in the medium, but never before has it been so beautifully executed.

Telltale Games’ Walking Dead has players taking the role of African American convict Lee Everett right at the beginning of the apocalypse as he is being escorted to prison. Through a series of events, Lee ends up looking after an 8-year-old girl named Clementine. I and every other person who has played this game will tell you that never has a more immediate or encompassing relationship between player and character ever been created. Though the story is a nonstop rollercoaster, your mind never wavers from the goal of keeping that little girl safe.

The point-and-click genre keeps gameplay mechanics constantly varied and interesting. You will spend your time engaging in incredibly well-written dialogue with other characters in which your choices drastically alter the story, progressing the story through actions which require logic and problem-solving and desperately fighting off zombies in beautifully-crafted set moments.

The game was released episodically: five episodes make up what is being called the first season (the first of many, I am hoping). The episodic structure of the game allows each episode to differ greatly in content and tone. Each episode deepens both the story and the relationships you have with other characters (for better or for worse).

Gaming adaptations still carry a stigma due to games like Terminal Reality’s Walking Dead. The hackneyed writing, lacklustre gameplay and all-round mediocrity of that game are the standards that gamers have come to expect of these adaptations. It’s hard not to resent people trying to make a quick buck off of other people’s hard work and genius. However, Telltale Games’ Walking Dead gives me hope, not only for the future of adaptations, but games themselves. Telltale used Kirkland’s vibrant universe to display gaming storytelling and gameplay mechanics that were more innovative than anything we have seen in games since the jump from 8-bit to 3D.
This article first appeared in Issue 12, 2013.
Posted 1:24pm Sunday 19th May 2013 by Baz Macdonald.