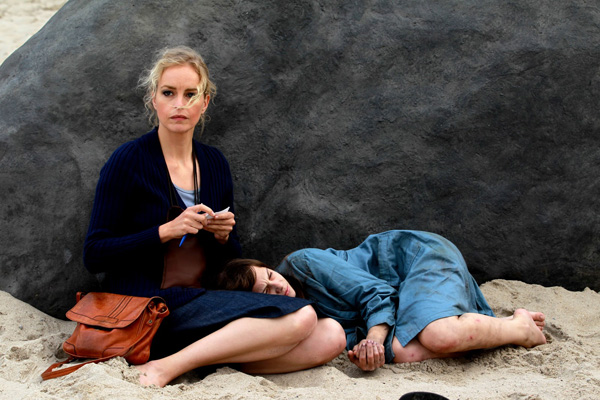 Pre-film trailers are typically selected to appeal to the same audience as the film itself. When I arrived at the cinema to see Barbara, knowing nothing about it, the first trailer I was shown was about an old person being chosen to cook for the President of France. The trailer was very long, and gave no indication of any sort of plot. The second trailer was about old people singing. Good God, what the fuck had I gotten myself into?

Fortunately, Rialto had simply assumed that those who watch glum German films about the Cold War would also enjoy mawkish pensioner films about the nearly dead. A little insulting, but there you go.

The title character of Barbara is East German, and boy is she grumpy about it. A physician, Barbara is transferred to the wops from Charité hospital in East Berlin as punishment for submitting an official request to leave East Germany. (We don’t like that you don’t like your life, so we’re going to make your life worse – impeccable Soviet logic right there.) From there, the film is a sort of bucolic version of The Lives of Others. Decent people are turned into distrusting arseholes by the community’s oppressive, sleazy paranoia. Her boss might be spying on her, but she’s not sure; maybe he actually likes her, in which case her ice queen routine is a bit unfair.

Barbara is quite a slow film – there are extended periods in which little happens, and for all the spying and grim commie craziness there isn’t a great amount of dramatic tension. Nonetheless, the film presents an interesting rural side to the Soviet machine – a bit like one of those Midsomer Murders episodes where all the old people in the village have secrets, except with more communists. A solid but unspectacular movie.