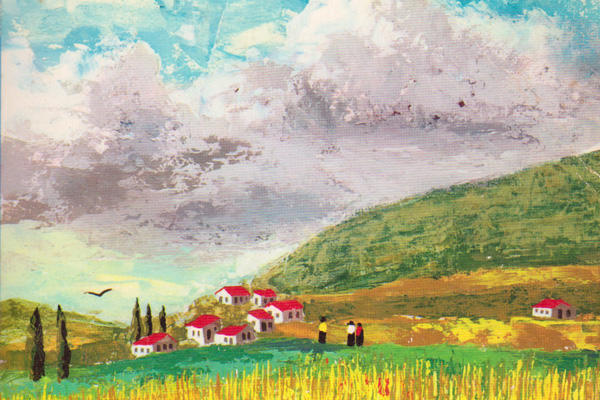 Not much happens in The Sun Also Rises. It’s the 1920s. Four men and one woman visit Spain to see the bulls, and then they go home again. During their stay in Spain, it becomes apparent that all four men love the woman, but she falls in love with a guy who loves bulls. One particularly brutish man insists on stalking the woman, punches a few people in the face, and then leaves. All four men are usually drunk, especially at lunchtime, and in the end we realise that relationships never last, even if you live in Paris.

Jake, the narrator, is the most passive and observant of the characters. Jake’s relationship with Lady Brett (not Monsieur Brett, as I assumed up until the description of her “hull of a racing yacht” curves) is undefined. Their love for one another, however, is concrete and at the forefront of conversation. It is the only feeling in the book that comes across as remotely genuine.
As he was born in the USA, Hemingway’s accounts of Paris and Madrid are composed from an outsider’s point of view. He is not bashful about it – most scenes in the novel are set in cafés or at tourist events such as the fiesta. His characters are all expatriates, and he simultaneously pokes fun at their superficial lifestyle and showcases its brittle charms.

Hemingway’s descriptions of some of the activities make you feel like you are actually there. When Jake swam in the sea at San Sebastian I could feel the cold water on my shoulders, and then the hot boards of the raft on the backs of my legs.

I liked the simple descriptions of mundane actions. The dining descriptions are beautifully presented to the reader: hot vegetable soup, fried trout, a stew, a bowl of wild strawberries, then smoking and reading in bed to keep warm. There is no hint of burning your tongue on the soup or your duvet stinking of tobacco.

Hemingway’s ability to ignore the uncomfortable banalities of day-to-day life while still giving creating empathetic characters through believable dialogue is inspiring. He finds the perfect balance between romance and reality.

Hemingway manages to slot inspirational and memorable comments on life into the dialogue without them standing out in the sea of drunken chatter. I learned that you’ve got to work for what you want, and that everyone feels worse about life at nighttime than during the day.

It is an easy and enjoyable read that makes you forget you’re reading a novel with such hefty literary cred.
This article first appeared in Issue 8, 2013.
Posted 5:13pm Sunday 21st April 2013 by Madeline Sherwood King.