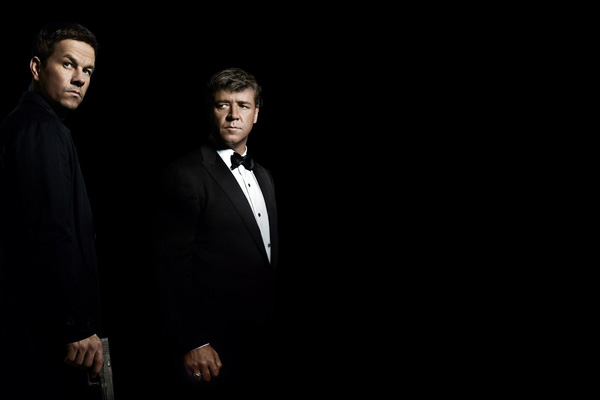 Having recently seen Russell Crowe’s sensitive side in Les Miserables, my inner Crowe-Bro yearned for the gladiatorial, UFO-spotting, phone-throwing Russell that we have all come to love over the last 10 years. Crowe teams up with Mark Wahlberg in a gritty political thriller that disappointingly falls short of its lofty goals despite one or two good individual performances.

Allen Hughes, known for his work on The Book of Eli, ambitiously attempts to capture the corruption and the plight of the urban poor in the Big Smoke of New York City. The setting provides an excellent backdrop, and some great cinematography captures the film’s grittiness. However, the downside is that the viewer has to endure a plethora of Noo Yok accents; some, like Mayor Nicolas Hostetler’s (Crowe), are a little too authentic to the point of unnatural.

To Crowe’s credit though, he plays the role of jealous lover/seasoned politician/money-hungry maniac well. He enlists the help of disgraced former cop Billy Taggart (Mark Wahlberg), who escaped a murder charge on a technicality, to stalk his wife Cathleen (Catherine Zeta-Jones) whom he believes is unfaithful. Mark Wahlberg delivers his usual superb performance as Mark Wahlberg, carrying it off with the precision of a veteran typecast actor. His violent outbursts in an otherwise slow-moving piece seem odd.
And it really is slow. About as slow as the annual Slug-Snail one-metre sprint – it just takes far too long to cover not much.

By the time Taggart uncovers a greater conspiracy reeking of the corruption that doesn’t surprise anyone in big-city career politics, the film has introduced subplots that are cruelly left undeveloped and supporting actors worthy of more screentime – but has satisfied any bloodlust in the audience with Wahlberg smashing some heads. The film doesn’t really keep the viewers up to speed with the many plot twists, a hallmark of films that just try too hard.

Overall, it was easy to expect more from Broken City – a talented cast with a controversial premise – but with the exception of the omnipotent Mayor, the film fails to tick many boxes.