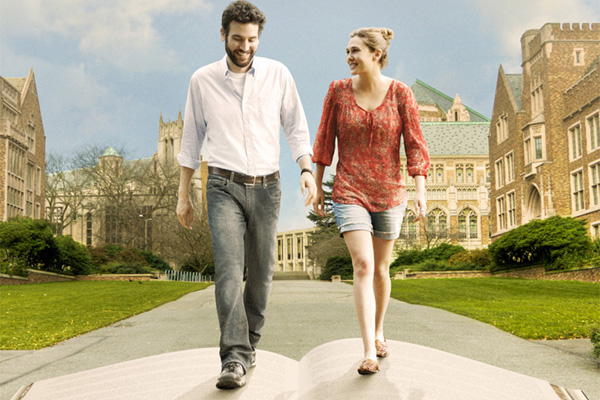 Hollywood doesn’t tend to capture the “university experience” (for lack of a less cringeworthy term) with much accuracy or success. Mostly consisting of American Pie-esque comedies or 90s trash like The Skulls, the genre doesn’t quite work. Liberal Arts (the stateside term for a BA) succeeds where many have failed, and is in equal measures charming, witty and insightful.

The film opens with Jessie (Josh Radnor), an English graduate stuck in the tedium of an admissions position, receiving an offer from his favourite lecturer (Richard Jenkins) to speak at his retirement dinner. Jessie, an articulate, well-read, but stunted 35-year-old, seizes the opportunity to visit his alma mater and understand where he let himself go. There he meets 19-year-old Zibby (Elisabeth Olsen), and the two bond over a fervent, mutual love of literature and their similar levels of maturity. From there the film mostly consists of their witty exchanges, which is a joy to watch played out.

Despite the film’s limited box office success, it will likely go down as the film that proved Olsen’s acting chops. She steals the film and, as with any good romantic comedy, the audience falls for her just as swiftly as Jessie does. Likewise, Richard Jenkins and Alison Janney have a huge amount of fun as Jessie’s cynical old professors. Janney’s Romantic Lit professor delivers a speech on the pretentiousness of English students that is both incisive and upsettingly true.

While the script’s playful banter might invite comparisons with Woody Allen or the Before Sunrise movies, the film’s depth lies in its cynical depiction of age and disillusionment. Radnor assesses the meaning of being young, middle-aged and retired with equal insight. It’s a rare accomplishment that the film manages to be mature without ever being navel-gazing or conceited. Jessie has a rose-tinted viewpoint of his college days, which the film simultaneously mocks and celebrates. The film’s treatment of “liberal” education, reading, and employment will hit home for anyone studying a BA. Radnor abandons the neurotic tone of an Allen film and has instead adopted his own intellectual brand of humour, which bodes very well for his future efforts.