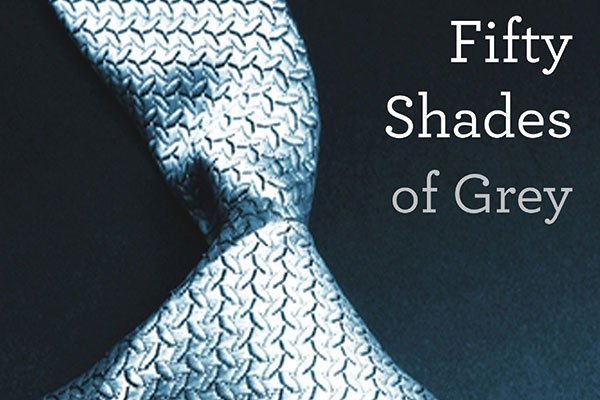 Meet Anastasia Steele. She is 21 and has never had sex, never had an orgasm, never ever been drunk, and only has one friend. I don’t really know what she actually does… She reads classic novels? I think that’s it. What I do know is that Fifty Shades is anything but a classic. It’s like Twilight: Cougar Edition, with raunchier passages, equally poor writing, and regrettably without the supernatural component.

Ana and her only friend Kate have been living together for four years, yet their relationship seems forced and unnatural. Ana hesitates to tell her roommate anything for fear she will interrogate her or embarrass her later. James is unsuccessful in her portrayal of “young folk”, and seems to imply that female relationships consist primarily of wariness of the other’s big mouth.

How does James aim to capture the female imagination? Christian Grey, a wealthy young entrepreneur, proposes a relationship in the form of a contract — it’s certain, states clear terms, and provides reassurance that Ana will be his only woman. It also means that any sexual conduct is heavily pre-meditated. The entire narrative builds around Christian’s promise to introduce Ana to his “Red Room of Pain” (to be read in the voice of B.A. from The A-Team). Basically he blindfolds her and they have sex to choral music (cougars start creaming now).

Ana has zero independence; Christian proposes to buy her everything and even controls what she eats. The book treats female masturbation as more outrageous than a man pulling out a woman’s tampon and fucking her (this happens). Ana falls in love with Christian because of his money and good looks. I quote: “In hindsight, the beatings weren’t that bad.” She comes to the conclusion that he cares because he gives her tea, buys her a MacBook Pro, and literally stalks her across the country. On weekends he ties her up and tickles her with stuff. Christian barely speaks, except to say things like “I’m fifty shades of fucked up”, which doesn’t even make sense, and that’s what the title is based on.

James refers endlessly to Ana’s “subconscious”, which I assume means her conscience? There is also reference to Ana’s “inner goddess” and “inner slut”. These are described as two little people living inside Ana’s head. It starts off as a kind of cute angel/devil thing, or perhaps an example of a bad writer struggling to express her characters’ feelings. Later, however, Ana starts to seem a bit mental. She refers to her subconscious hiding behind a couch, dancing, and wearing a hula skirt and glasses: “Kate gazes at me with pursed lips and narrowed eyes, rather like my subconscious — all she needs are the half-moon specs.” Oh E. L. James, your imagination knows no limits!

So there’s going to be a movie. The big question is casting: who do we want to see dominated and fucked in the mouth? Emma Watson is a favourite. Still, I just thought humanity was deeper than this. Yet so far this book has sold enough copies for everyone in New Zealand to own at least eight. Well, congratulations E. L. James — you’re a millionaire.
This article first appeared in Issue 22, 2012.
Posted 5:17pm Sunday 2nd September 2012 by Harriet Hughes.