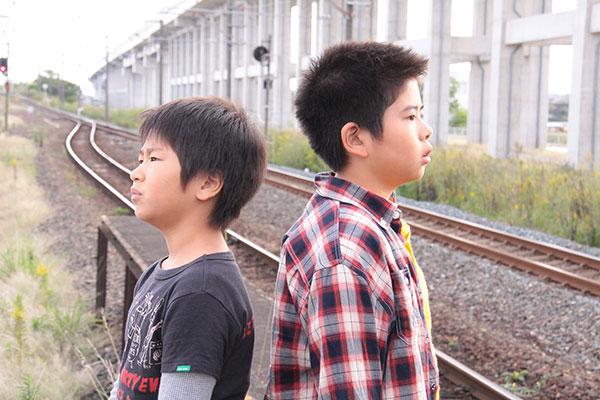 I Wish is a joyful and inspiring journey into the wonders, concerns, and childhood imaginations of two young Japanese brothers on a mission to reunite their broken family. Real-life brothers Koki and Ohshiro Maeda effortlessly play onscreen brothers Koichi and Ryunosuke, under the guidance of widely acclaimed director Hirokazu Koreeda.

The storyline follows the completion of a new Japanese bullet train, the brothers’ parents’ recent divorce, and their subsequent separation to two different cities at opposite ends of Japan. Koichi heads to a small town in the south with his mother and grandparents, while Ryunosuke is forced to move to the far north with his out-of-work, struggling-musician father. One day, Koichi overhears an urban legend that if someone makes a wish at the exact time the north and south bullet trains pass each other, the wish will instantly come true. Koichi tells his brother, and they quickly hatch a plan to reunite their parents by travelling to the point where the two trains will meet and wishing to be a family again.

The film is lifted by the natural chemistry between the two brothers, and is brilliant in its authenticity and simplicity. The brothers’ friends eagerly join in on their quest with wishes of their own, and the adults who help them along the way encourage the children’s dreams, adding to the buoyant sensation of hope that builds throughout the film. I Wish is a light and tender film that takes its time to deliver but is well worth the wait. Interestingly, the film is more or less entirely a publicity stunt funded by the company behind the new bullet train route and was taken to Koreeda as a promotional idea with a very different plotline. Koreeda accepted the project, and through his own rewrite and direction managed to turn a glorified advertisement into a genuine and thoughtful tale of youth and magic.