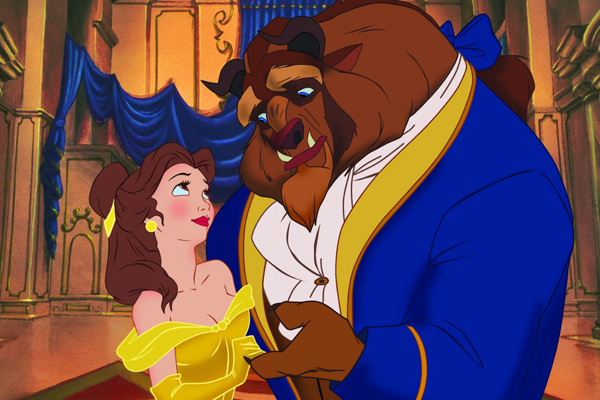 Beauty and the Beast (3D)

Tale as old as time… Beauty and the Beast was actually my favourite movie as kid; and now as an adult I can fully appreciate all of Disney’s racism and sexism, which is cool ...

The storyline basically goes like this: Belle is a beautiful lady who likes to read books (shock, horror!) and lives in a small French town with her father who is an eccentric inventor. She is being pursued for her hand in marriage by Gaston the village stud (who knows it) but she’s not really interested due to his pretty blatant misogynistic tendencies. Whilst on a trip to the fair, her father gets lost in the forest and is captured by a beast in an enchanted castle. Belle goes to find him, and decides to take his place as prisoner, therefore living the rest of her life with the beast. Little does she know that the beast and the castle have actually been cursed and the only way in which the spell can be broken is if the beast finds true love …

I’m sure you can guess (or probably already know) the inevitable outcome. However, it’s made much more pleasant through the charm of Disney, random bursts of song, and that certain brand of slapstick humour (although it’s maybe not quite as entertaining when you’re an adult?). The main highlight for me was the song Gaston sings – “No one hunts like Gaston, no one eats ten dozen eggs like Gaston, no one is roughly the size of a barge like Gaston.” Basically Gaston in general – he’s just so manly. I’d like this film better without the “morals” – bestiality just doesn’t make sense, especially if the beast is really grumpy.

If you’re a fan of this film already, then go and see it! It’ll be nice and nostalgic and 3D and stuff.