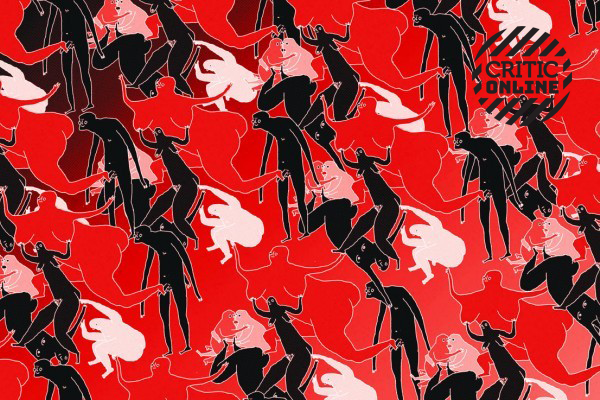 Monday 23 March, 2020. Doomsday. When the news hit, there was panic in my flat. So much so that it rubbed off on me. My flatmates were making plans to move home, but with the flights blocked and my dad immunocompromised, I knew it wouldn’t be that easy for me. I was left with a choice. I could stay at my Dunedin flat by myself, or I could find someone to quarantine with, immediately.

Now, four weeks alone is no joke for a horny extrovert like me. I spent six weeks alone in the flat over summer school, and even without the quarantine, I went a bit crazy. Like, writing poems at 4am and getting drunk and sad alone crazy. I craved social contact like nothing, and took long hot showers to feel some form of intimacy. My dry spell was so prolonged it felt like my vagina had inverted, and I got so desperate I broke it with some second year breather from Castle St. So, when my sometimes dick appointment asked me to go over before quarantine: I said yes.

First, some background. I’d seen this guy around in Flo and O-Week. He was a friend of a friend’s, but we didn’t hook up until two weeks before the pandemic. He came over maybe once more the week after, and we spent the weekend at St Clair. A nice enough guy, but maybe not boyfriend material (sorry). Still, the promise of getting away from my stressful flat, maybe out of Dunedin for the quarantine was appealing. His family owned a house in Cromwell, and he was due to take some time off work. You bet I packed my shit and gassed it out of there.

That was my first mistake: I didn’t factor in that I would have to meet his family, and deal with all the subtext that comes with that. I spent the evening getting to know his dad and brother, and when his sister arrived the next morning, I overheard her asking if I was the new girlfriend. Fuck. I needed a contingency plan. My flatmates were still at home so I decided to hold off a bit. Maybe he wouldn’t get time off work and I could wait until my flatmates left the house to go back. This idea was pretty reassuring, so I settled down to do some work and wait it out.

Not even a full day later, he came back with the news that he was sent home sick. My heart lurched: did I just walk into a coronavirus case? He started packing. We were going to Cromwell.

Now, I’ll admit, it’s nice here. The house is right in front of Lake Dunstan, and there’s ducks that come around for a feed of bread. His sister is cool, and we all get along pretty well. So what’s my problem?

The problem is that I now know way too much about this guy. Like way more than anyone should know about a dick appointment. I know all about his ex-girlfriend. I know about his childhood, his interests, his hobbies, his music taste. I know about his father, his grandfather, his extended family. I know which movies he’s into, and that he snores in his sleep. There’s nowhere to go: we sleep in the same bed, eat together, drink together and even shower together.

It’s getting increasingly domestic. In the mornings when I try to get up, he plays a game where he won’t let go of me because he wants more cuddles. He gives me forehead kisses for no reason. He holds my hand when we go out for walks. He makes me coffee in the mornings. We did a facemask together. The other day he referred to himself as my “man”. That’s not to say I’m not being domestic too. I’m a slut for human contact after all. Everytime we watch a movie I find myself insisting on a cuddle. Everytime he goes out for a cigarette I sit on his lap. Sometimes I find myself thinking what would happen if we did end up in a relationship. And then I remember that I emphatically don’t want one, and I’m kind of in love with a girl from Auckland. My commitment phobia is off the charts, but it’s currently struggling with a tinge of Stockholm syndrome, which is probably the case for him, too.

I don’t have a means of transport other than the car we drove here. I’m left with the dawning realisation that I’ve literally trapped myself into a four week relationship with some guy I’ve known for two weeks.

On top of that, since it’s not my house and not my family, I feel constantly on edge. I’ve been stressed 24/7, having weird nightmares and a weak appetite. I’ve discovered a newfound fear of lakes, and I’m quickly running out of green tobacco to relax. I’m bad at confrontation, and I probably have to tell this guy I don’t want a boyfriend soon.

It’s day five, and I’ve moved into the garage to do work. It’s the only place I can’t hear his music that he plays on repeat. If you’re reading this and you’ve moved in with an intimate other, you’ll know an unplanned quarantine with someone is a crash course on all the little things that annoy you about the other person. Now imagine that, with someone you barely know, and have nothing in common with other than the bacteria that live in both your mouths. Yeah. To be fair this was a bad idea from the start, and it’s my fault. Probably should have listened to my brain instead of my pussy.

TLDR: Don’t quarantine yourself with a dick appointment. It will shave ten years off your life from stress and you will owe them and their whole family a long term relationship.