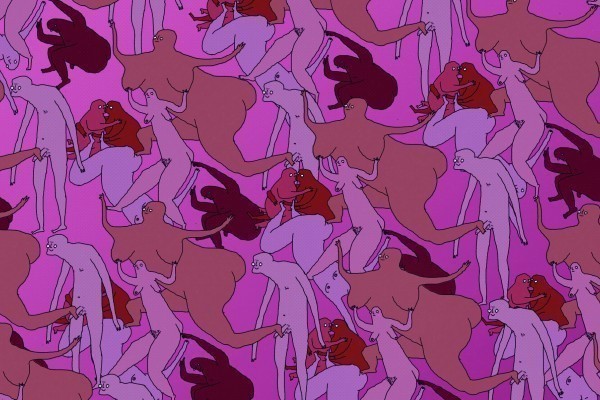 I was going to send this in last year but at the time there were some rumours flying around about one of the people involved and I didn’t want to give away any identities while we were all still in the same hall – so I thought I would hang onto this wee story until the following year once everyone was off flatting and hall life was a distant memory, tarnished by too many caps on the summer circuit.

I had been with the same guy from year 11 through year 13, and we decided to break up when we went our separate ways (me Otago, him Auckland). During this time, we had explored a lot of sexual stuff together, but we had never had a threesome with another guy because he was not comfortable with it. So, I made it my mission to enjoy an MMF threesome during my time at uni and spent the first few months of my hall life doing some recon into the guys on offer. I didn’t want to jump in and ruin any potential friendships/potential flatmates, so I lay low and sussed the scene before making my move on my chosen ones, Ben* and Richie* in second semester. One night at dinner, I managed to find them both hovering around the salads, and invited them to come to my room for drinks after dinner, making sure to wear a carefully planned outfit that was both revealing and easy for rogue hands to push aside. As we got tipsier, I steered the festivities toward “Never Have I Ever” and proceeded to say all the right things at all the right times, making it very clear that if they were up for it, I was more than eager to fuck them both.

They both went for it and before I knew it, they were making out with me AND each other, which was far more than I could have ever hoped for. As I rode Richie in cowgirl on the floor, I got Ben to sit on the edge of the bed so I could tease his cock with my tongue. As Richie watched, I started deep-throating Ben, but I didn’t let him cum. Then he pulled me off Richie and knelt behind me, letting his rigid cock graze against my lower back. I bent forward, back arched, and found Richie’s cock with my mouth as Ben slowly inched into me. As he got faster, I sucked Richie harder, wishing I could watch Ben doing it instead. I asked them and they were more than happy to oblige. As Richie stood up fucked Ben’s mouth, he started finger fucking me on the bed, moaning as he pumped his fingers in and out, stopping only to rub my clit. He suddenly stopped and knelt down to take Ben’s cock in his mouth, and this time it was Ben’s fingers in my pussy. I wasn’t able to take much more, and I came violently with Ben’s fingers deep in me. Ben pulled out of Richie’s mouth and sprayed across his chest. We then both shared Richie until he came too, and by this point we were all in need of a shower and some midnight toast.

We continued fucking in secret for the rest of the semester with nobody knowing a thing, and I’m expecting a warm welcome back from them both in Flo Week.