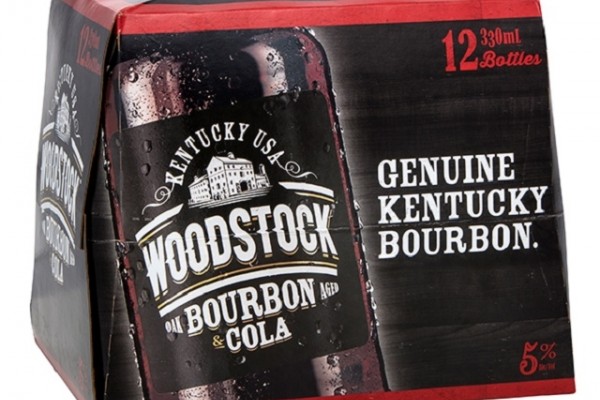 Woodstock Is the Biggest Bitch Drink in New Zealand

Woodstock a sickly sweet syrupy concoction with a harsh aftertaste that I swear can’t be real bourbon. There’s almost as much sugar in a 12 pack of Woodstock 5% as in four litres of Talleys Ice Cream. There’s more sugar per can in these than in Vodka Cruisers, meaning Woodstock wins the honourable title of the biggest Bitch Drink in New Zealand. Yet despite this, bogans still suck these back and act like it’s manly just because it’s black instead of fruity coloured.

Woodies are best known for having the highest rate of crimes committed per cans consumed of any alcoholic beverage on the market. On average, for every 7 Woodstocks consumed, one dickhead spraypaints ‘FTP’ on a concrete wall. They are exported here as a clever strategy by the Australian government to reduce their reputation as criminals and racists and point the finger at us instead.

Woodies are owned by the same company that owns Cody’s. I respect their commitment. They weren’t satisfied with just having the most popular drink in West Auckland, they set out to conquer South Auckland, Hamilton, and every one of the top 10 Shit Towns of New Zealand as well. They’re like the Julius Caesar of people who don’t know who Julius Caesar is.

I can’t technically give this concoction a bad review – it’s hard to taste bad when you’ve got that much sugar covering up the alcohol taste. But it’s certainly not good either. It’s hard to identify any particularly unique flavours, considering it’s a bourbon and coke and pretty much tastes like every other bourbon and coke. The biggest difference is that the 5% flows a bit differently. At this strength, the bourbon can add a nice accentuation to the cola, when you pump it up higher it’s more like an initial burst of sugar followed by a roundhouse kick to the back of the throat.

Froth Level: Driving slowly down the main street with your arm out the window yelling at high school girls.

Pairs well with: Wearing a singlet and a Monster Energy cap to your court appearance, swearing at your public defender, and trying to one-outs the judge.