The Week the ODT Were Very Mean to Invercargill

This week the ODT are rating themselves rather highly.

Both false. The ODT is both unusual and extraordinarily uninteresting.

To be fair, perhaps we shouldn’t be too harsh on the ODT, after all, they’re not as young as they used to be.

The ODT went to P!nk. They had a review. It was bad. Starting with this God-awful pun.

If your pun has to have a semicolon in the middle of it, it’s a particularly bad pun.

And just in case you thought the article got more coherent later on,

ARGH THEY USED THE WORD “BLOOMING” WHO ARE THEY AND WHY ARE THEY AND HOW ARE THEY?  Seriously, someone should ask them how they are because this article is clearly a plea for help.

Then the ODT wrote an amazing opinion piece about how all men should get the same haircut.

An excerpt from the article: 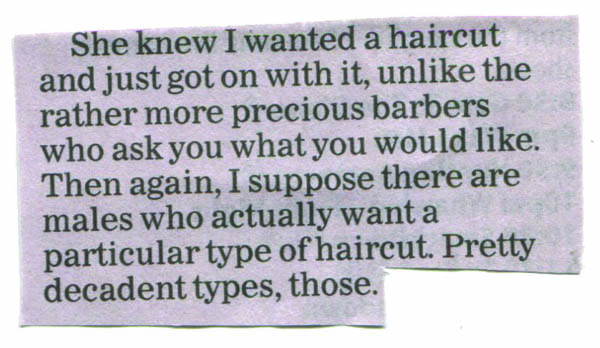 The rest of them; aren’t blooming.