The Week the ODT Thought of Something Very Clever

While the ODT have always been known for their fascination with life’s most banal moments, this week they sunk to a new low when the entire staff was enraptured by a new type of grass.

Then, we found an amazing section called “Wordways,” where the ODT over-explains elements of quintessential old-person TV show Dad’s Army, which ended its run in 1977. 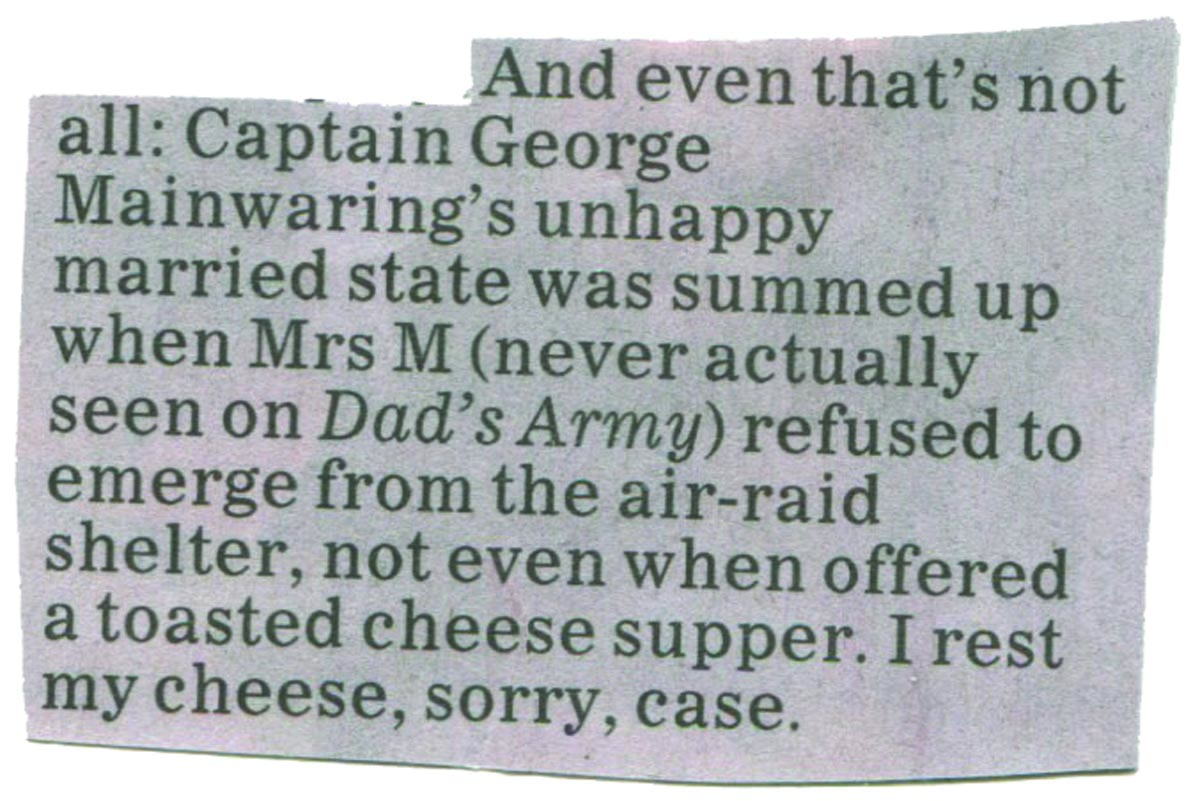 How do they come up with such relatable content?

And in case you were thinking the person who writes Wordways might be under 90,

As a means of communication, Hotmail is one step above carrier pigeons and one step below the fax machine.

In case you were wondering what this “real” news was,

Next, the ODT have thought of something very clever and a bit racist

Then we were finally given definitive proof that the ODT’s opinion pieces are written by selecting words at random,

Just in case you think we’re being too mean, here’s the first paragraph.

Well, at least they’re being honest. Although I’d hazard a guess that even occasional, part-time, casual, and asleep readers will also recognise that you have no idea what you’re talking about.

They must be stoked to get sport.