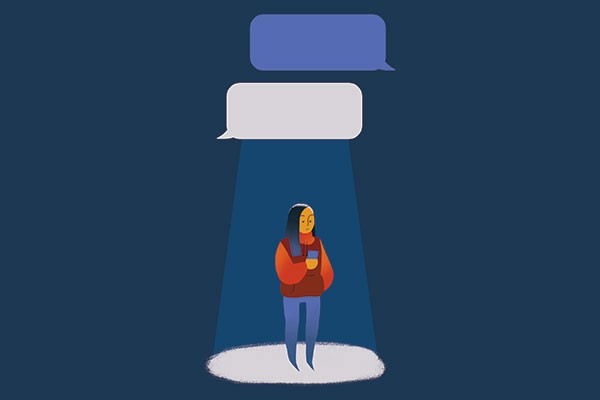 This week’s Critic includes a couple of features on mental health in Dunedin. When visiting Youthline Otago we were struck by the modesty of the operation—we sat in a small room with a second-hand table and two mismatched chairs. In the corner was a beanbag, on the walls, posters for the helpline and other not-for-profit organisations.

The government has recently announced a monumental pay rise for disability, care, and support workers in New Zealand. Around 55,000 workers in the female dominated sector will go from an average hourly wage of $16 to between $19 and $23.50 per hour. This is a wonderful step in recognising the importance of this work. Paying workers a living wage makes a job more appealing, and will likely see an improvement in the lives of the people these workers are caring for. High turnover of staff means that new people are leaving while their skills are still developing. Happy staff will stay in difficult jobs longer. Their invaluable knowledge and experience in care work will not be wasted because of frustration at low wages.

As with all publicly funded services, some receive enough funding while others fall by the wayside, such as Youthline Otago. Central government’s balancing act is undoubtedly a difficult task, but it’s hard to understand any budget that excludes funding for a group who provides often lifesaving help for young people who are at a point where they consider ending their own life to be their only option. Often the most vulnerable demographics in society receive the worst amount of funding from local and central government, as their vulnerability impairs their ability to advocate and lobby effectively. Where money is, money tends to go.

Another example, which we covered extensively in Critic, occurred last year and involved the government threatening to cut all funding to the Otago/Southland Hepatitis C Resource Centre, the only service of its kind in the South Island. The cost of running the centre is just $40,000 per year, which includes all overheads and Health Promoter Alison Beck’s modest salary.

North Dunedin MP David Clark’s column this week is on Mental Health in Dunedin. He discusses the results of a recent report on New Zealand’s mental health services, which recommends an urgent funding increase for mental health services. He claims that around $1.7 billion has been taken from our health system over the past six years. Students are just one of the groups suffering directly because of this funding shortfall. There have recently been funding cuts to the University of Otago’s mental health services, provided through the fantastic Student Health, which will mean that many students are unable to afford adequate therapy for mental illness outside of their six subsidised sessions.

It’s not exclusively the Labour Party that have policies that are sympathetic to the mental health sector, and, with just five months until the general election, take some time to research who is pledging to fix the neglect of our most vulnerable citizens.