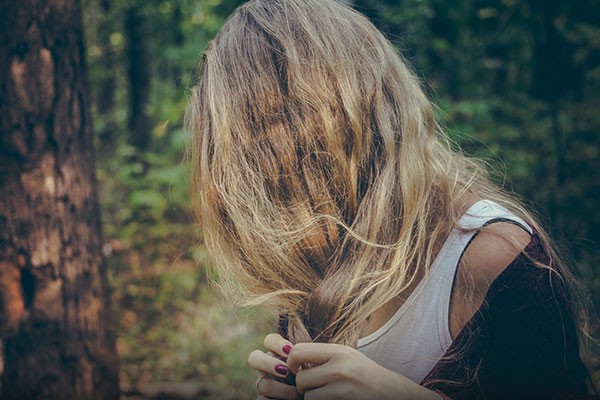 Critic thinks pulling on ponytails is weird - That is all

We live in a country where our week’s headlines are filled with endless stories of how weird our prime minister is that he would think it’s all good to tug on a woman’s ponytail time and time again. We don’t need 100 articles on this, and we all know how wrong it is if the reporter didn’t declare she was a reporter — and no doubt the press council can deal with that.

Once again the national media have helped us avoid paying any attention to the real issues occurring on the same day, for example:

- 800 people drowned in the Mediterranean on their way to Italy from Libya — like many of us whose parents or grandparents came to New Zealand, they were just looking for a better life (except our families were lucky enough to be leaving what was probably already a good situation). 21,000 people this year have already made it to Italy fleeing war in the Middle East and Africa, with 1750 estimated to have died trying to make it.

- Finance Minister Bill English’s brother (Conor English) was appointed by the Reserve Bank to advise it on monetary policy. New Zealand’s monetary policy (set by the guys at the Reserve Bank) is supposed to be completely independent of the government — because, you know, National is pretty good at keeping the rich kids rich.

- The default tax rate on Kiwisaver accounts has been set at 28 percent — the highest one possible — and for those not earning big bucks, you should probably be paying less and it’s too late to claim back any overpayments.

- The Trans-Pacific Partnership Agreement (TPPA) moved a step closer to being sealed after President Barack Obama was granted “fast track” authority to negotiate the trade deal. The deal seeks to deepen economic ties between members by opening up trade in goods and services, but leaked documents suggest it could open up New Zealand to being sued by overseas corporations if our laws interfere with their rights as investors. Stuff reported that if the agreement goes through, “health, environment and public welfare regulation, including plain tobacco packaging legislation, could be open for challenge from largely US-based corporations”. Scary shit when overseas corporations such Philip Morris International (Marlboro cigarettes) are already trying to threaten other countries with lawsuits (such as Australia for not allowing brand logos or imagery).

- The Daktory Three were sentenced in the Auckland District Court over charges relating to The Daktory, NZ’s first cannabis social club. They were found guilty of various charges ranging from possession of a class C controlled drug (cannabis) for supply, possession of a class B controlled drug (cannabis oil, butter, cookies) for supply and permitting premises to be used for the consumption of cannabis. Two were sentenced to just over two years’ imprisonment and another to 10 months of home detention and 150 hours of community service.

Getting back to what really captured the nation this week, part of the “ponytailgate” issue stems from what has made Key successful — he appears to be a fairly regular guy.

A vulnerable waitress calling out a dodgy prime minister makes for an easy answer: it’s obvious who needs to pull their act together. She claims that fellow staff knew she hated it, customers knew, co-workers knew and even his wife knew how uncomfortable she was. Unfortunately in this world of all too many bystanders, a man with a little too much power to his head was allowed to go on for months.

But we could all be accused of being bystanders in this world when we spend so long focusing on what can be done about an issue we all know the answer to.

People want relatable, but being a “regular guy” doesn’t have to mean behaving like a cool kid, putting women down or dumbing yourself down. It means being genuine, honest and admirable. Qualities we expect from our flatties, and should expect from our prime minister too.