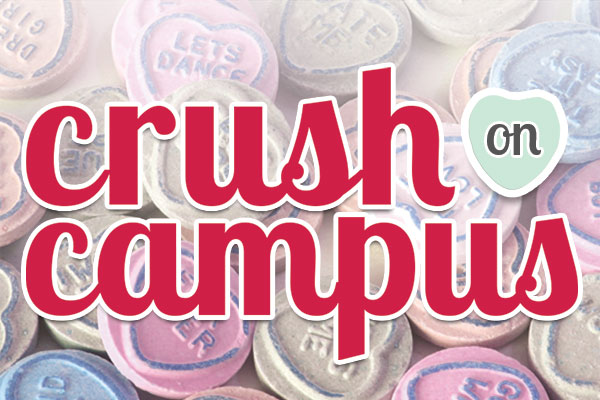 I had heard about you before but the first time I saw you was on stage. My friends and I had each drunk a bottle of wine and wanted to head into campus to watch some bands play at Re:Fuel. I was reluctant. Thoughts of the cruel “Re:Fuel stare” burdened me. The impossible mix of chads and valley kids peaked my anxiety. But I was also drunk. My friends and I were in group formation. The two paired together took me to Re:Fuel.

Beer, somehow, in hand and separated from my “friends” who lined the front of the stage, I stayed back, lingering near a speaker (or behind it, I am meek in a crowd). I smiled like I had chosen to obscure my vision. A band took the stage, and I vaguely recognised the members. My friends yelled at them. I took a sip of beer. And then I noticed you. Your hair draped over your face as you took the centre stage and began to sing - loud and fast.

Unlike your bandmates, you didn’t care, your bowed head showed you didn’t want to be there. Your guitar hung around your stooped, wide set shoulders. My eyes moved from your shoulders down your arms to your hands. I began to breathe heavily. Your long fingers drifted up and down the neck of the guitar caressing strings or strumming them - soft and hard, soft and hard. I stopped hearing the music and focused on them. I had thought you didn’t care but your hands showed otherwise. They moved everywhere but always with control. I wondered what your hands could do to me.

But I didn’t know what to say or how to begin. I was stuck behind the speaker. I didn’t know the lyrics and I had forgotten the name of your band. And then it was over. My friends grabbed me in a sporadic hug. I tensed and tried to push past them. But when my eyes returned to the stage you were gone.

A Boy In Love