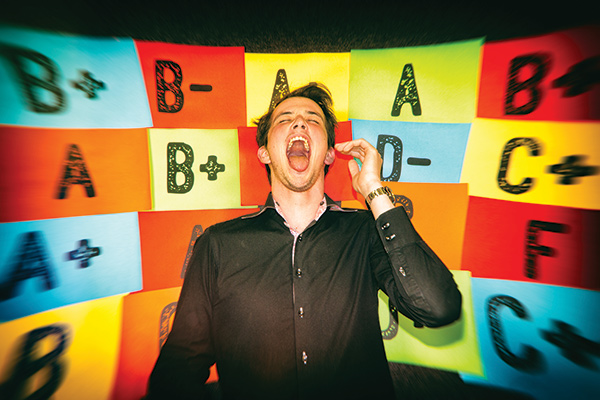 It has always intrigued me that you can receive a barely-passing mark for an assignment and have no idea what you did wrong. I recently got such a report back. The “Discussion” section had only ticks – with a mark for the section of 13/30. Yet another section not only had the same saturation of ticks, but also had the comment “very good,” which I chose not to see as condescending. My mark for the section? 11/20.

In fact, the only lost marks that I know how to remedy are the two (thanks, mystery marker, for the lenience) subtracted for submitting the assignment late. There were clearly much bigger issues at hand but I haven’t the faintest idea what they were.

Now, my job here at Critic is relatively intense so I’m under no misled ideal that I’m going to be an excellent student while I polish off a token final paper. I’m not realistically aiming for much more than I received – it’s a bit of a box-ticking activity, to be honest. However, any feedback would certainly be beneficial for my dangerously close attempt to pass at the end of the semester.

The truth is, students have paid for that feedback. It doesn’t matter if someone doesn’t have the capacity to put in quite as much effort as one otherwise should for a paper. Such examples as this, strangely enough, should be treated as political alarm bells. With student loans being a hot topic of debate going in to our looming General Election, this sort of behaviour highlights the disjunct between how people currently see tertiary education and how it’s supposed to work. Tertiary educators see it as being entirely the student’s responsibility to learn. Because, you know, it seems that most people are expected to go to Uni. This is fair, to some degree, but look at the student loan you can expect to have acquired by the time you finish your degree. It’s insane. One way or the other, students are spending a fortune for education as a commoditised service. You are literally buying it from the University. And that purchase, more often than not, is not worth the money because those supplying it simply don’t give a fuck that you paid them thousands of dollars to make the learning process easier than a Google search.

As the system currently stands, tertiary education in New Zealand is legally a privilege and not a right, which people often mistake it for. And so the question I have is this: do tertiary education providers come under the Consumer Guarantees Act? Failing to offer adequate academic feedback certainly doesn’t fulfil the requirement that a service is “carried out with reasonable care,” as the Act requires.