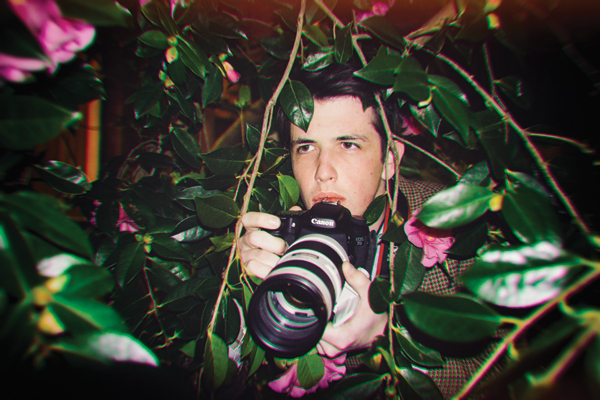 As reported by the ODT on Friday 1 August, Dunedin city councillor Lee Vandervis has called for video surveillance of Scarfie-ville to “prevent vandalism.”

There is a huge problem with this, and it’s because of how much students have improved their behaviour recently. Largely driven by a great effort from both the University and OUSA over the last few years, students have been working hard to correct a past prevalence of misdemeanours, all the while maintaining Dunedin’s reputation as an exciting place to grow up as young, energetic adults. The Hyde Street Party is now a well-controlled and safe event for students to let their energy off. Orientation is similar. Furthermore, the Dunedin Craft Beer and Food Festival even sees an effort by the students to provide something for the much wider community of Dunedin.

It has been a huge and noticeable improvement, and people like Vandervis undermine that. The clear progress in student culture needs to be encouraged. Taking several years of steady improvements before turning around and saying "I don't trust you little fuckers" through a targeted invasion of privacy is counter-intuitive and stupid.

Vandervis is looking for a silver bullet when there is none. What there is, however, is a huge cohort of students who really do care about preserving the student culture of Dunedin. No, that doesn't strictly mean binge drinking and fire starting. What it means is the conservation of a true student quarter and the existence of a true student town in New Zealand. Dunedin's half dead without the University – the commonly held belief is that there's not much else aside from the culture here to attract students.

As for privacy itself, the age-old argument that you don’t have to worry if you’ve got nothing to hide should have been abandoned long ago. One of the many oppositional points to this comes down to the sheer confusing nature of law. To the best of my knowledge, one of the reasons we have a judicial system is that a lot of legislative law is extremely convoluted, and a very large portion of our law is based on precedents set by judges’ decisions and not strictly written as rules, which is the common way of seeing law. Although our situation isn’t as confusing as that in the States where they literally can’t count the number of federal crimes that exist, it’s hard to actually know whether you live within the confines of the law or not.

And again, with reference to the States, sometimes people should have something to hide. Sometimes people should be breaking the law to amount pressure on lawmakers. Only in 2001 did Minnesota decriminalise sodomy, and thus, to a large degree, homosexuality. How about marijuana – there wouldn’t even be spokespeople for the huge positive change currently sweeping the States if people hadn’t lived illegally against an outdated and one-sided conservative belief system.

I also struggle to trust humans. People watching the camera footage will almost surely abuse their positions. They will laugh at people and they will put footage on YouTube (even though this would be illegal itself). This rounds out my final point: why can’t we have privacy for the sake of privacy? It’s fair to object to an invasion of privacy without even thinking about why you’re objecting to it. Going by Vandervis’ logic, should there perhaps then be a camera in each cubicle of any Octagon bar? The deadly assault earlier this year scared the shit out of a lot of people.

Otherwise, fuck it. You think students are apathetic? Just wait until power-tripping aggression makes things worse. I would hazard a guess that you’ll need even more security cameras keeping track of the student-spying ones.